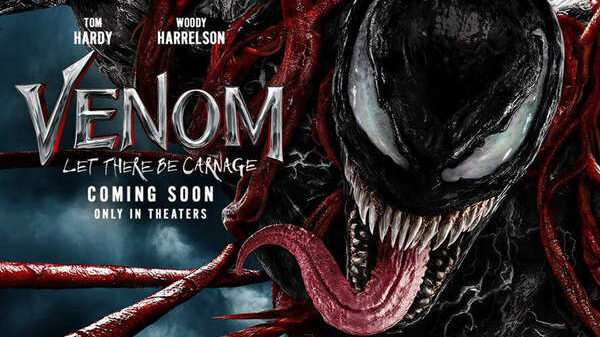 Venom: Let There Be Carnage is officially here! How/where can you watch the latest Spidey anti-hero film?

Variety listed Venom: Let There Be Carnage as one of its most anticipated films of 2021. For good reason too. Venom was a surprise hit with audiences back in 2018. It’s not that it was so bad that it was good, but more like it was so ridiculous that it was good. While the original film itself had negative reviews, the film did very well as the first Sony’s Spider-Man Universe film. The sequel once again features Marvel‘s iconic symbiote with star Tom Hardy as the titular anti-hero.

Venom: Let There Be Carnage makes due on a promise made during the post-credits of the first film—Cletus Kasady aka Carnage, played once again by Woody Harrelson. It will be interesting to see how this film makes symbiote vs. symbiote different from the first, but with both Hardy and Harrelson at the forefront of this movie, it should be another fun and wild ride. The responses to the sequel have been generally positive thus far, which could mean exciting things for both Venom and Sony’s Spider-Many Universe.

How can you, dear super friend, watch Venom: Let There Be Carnage? For those of us that are still taking precautions during the COVID-19 pandemic, there is sadly no way to watch this film from the comfort of your own home. For now, the best way to watch the film (if you feel comfortable) is to grab your mask and head to your local theater. That said, most films make their way to home media and many VOD services 90-ish days after release, so if you’re playing it safe, you won’t have to wait long.

MORE: What If…? Episode 9 Release Date

Are you planning on seeing Venom: Let There Be Carnage? Let us know what you thought of it (spoiler-free) in the comments below!