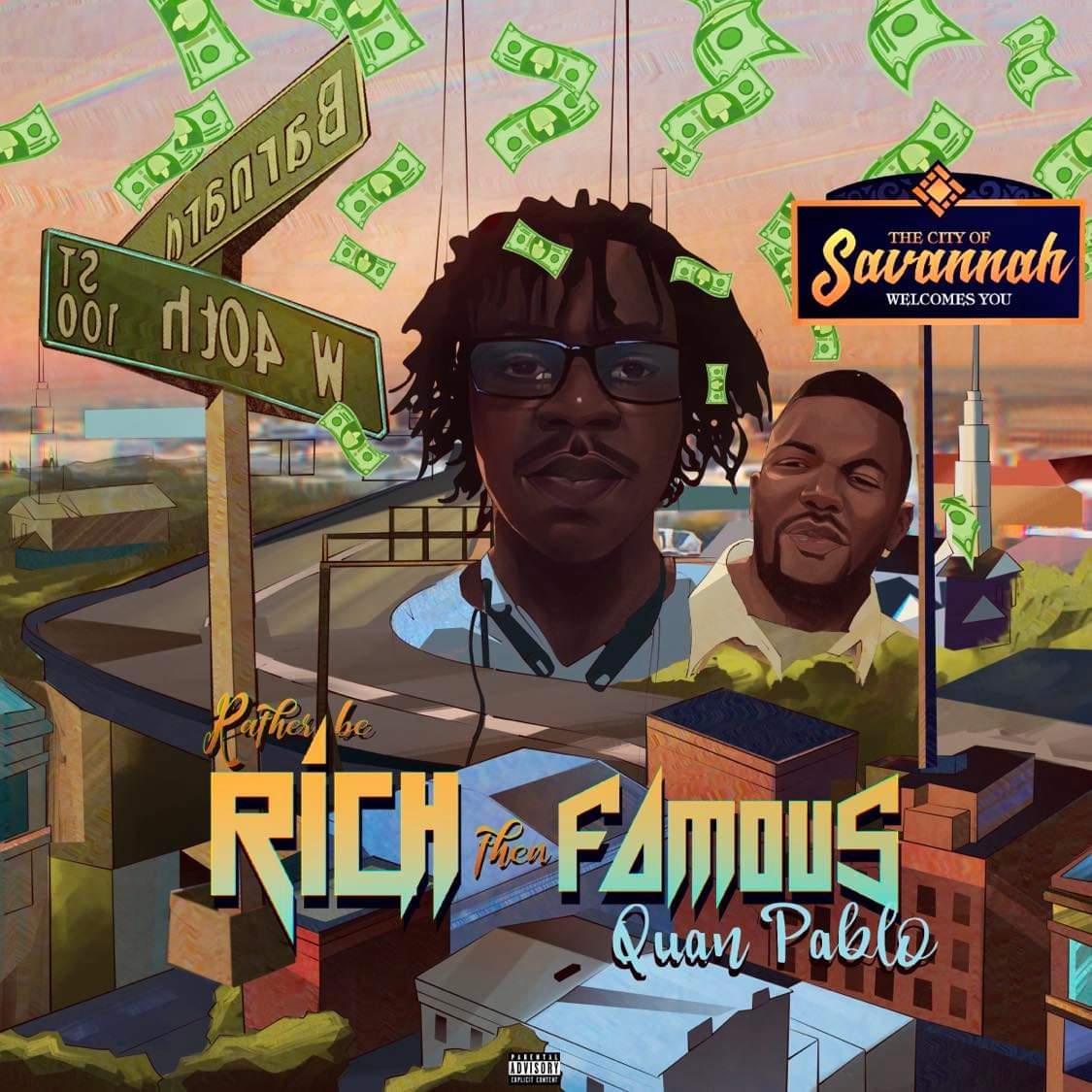 Teachers are going back to work, setting up their classrooms. Parents are running around shopping for school supplies for their kids and those kids are grasping onto the last days of their summer vacation. Pumpkin spice is popping up all over the place and soon summer will officially bid farewell and autumn will be in full swing. One thing that isn’t changing is the music that moves us. Yes, what we listen to ebbs and flow (unless, like me, you’re stuck in the 90s and early 00s), but we listen to music to feel. The only thing I like more than my music from, as Generation Z says, the late 1900s (wtf?) is music from independent artists. I’ve said it before and I’ll say it again—when an independent artist comes to me with their new music, it’s a pleasure to share it with you all. We got our start working with Philadelphia/Bucks County-based musicians and technology has made it even easy to work with “local” musicians all over the world. Cue Quan Pablo.

Puddle by Quan Pablo from his new album, Rather Be Rich Then Famous

Quan Pablo dropped his new album today, Rather be Rich Then Famous. Puddle is joined by an amazing lineup of another 11 tracks, like Curse, Time Gone, and the titular track Rathe Be Rich The Famous. You can hear all the hard work and long nights that went into producing this album. The dedication of the entire team made it possible and every drop of blood, sweat, and tears can be felt throughout the album. Rather Be Rich Then Famous may have been born in Savannah, but it lives in the world now! Go listen today! You can listen now on Apple Music, Google Play, Amazon Music, YouTube, and more!

Rather Be Rich Then Famous by Quan Pablo is now available on all platforms and distributed by United Masters. Cover art by Franceses Jeff. Produced by Big Tone, executive produced by Dymere Smith, and co-produced by Makarius King Ra. Find out more about Quan Pablo on his United Masters page.