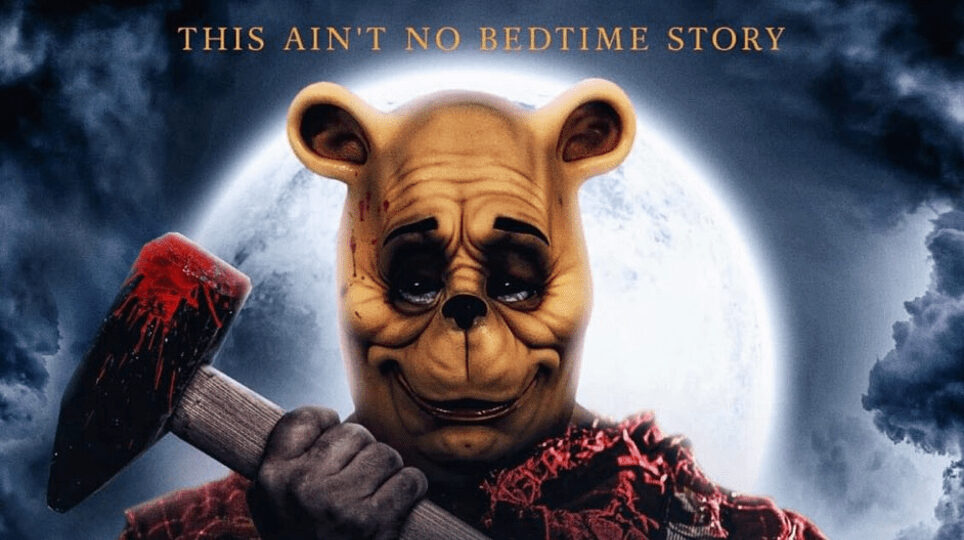 Yes… you read that headline correctly! I’ve been debating how to write this article—explain what the heck is going on and then show you the trailer, or forget burying the lead and jump right in. There is no right move here, so let’s just rip the band-aid off, shall we?

Oh, bother indeed. You may be asking yourself… “why is it that Christopher Robin is being hunted by his childhood friends, Winnie the Pooh and Piglet?”. Well, our honey-loving, lovable yellow bear from the 100 Acre Woods is now in the public domain. Say what you will about the existence of this movie, but I personally believe this makes a great argument for IP moving to the public domain. In what world would we ever get something as, and pardon my french here, fucked up as a Winnie the Pooh horror movie if the character never entered the public domain?

It’s hard to tell what exactly is going on other than Christopher Robin being hunted/tormented by Pooh and Piglet. The film is dark enough and the trailer makes enough quick cuts that it’s hard to tell if Pooh and Piglet are an actual bear and pig, or people dressed up as a bear and a pig. And, if it’s the latter, that raises a whole bunch of questions about Christopher Robin’s childhood.  And if the poster is any indication, it very well may be the latter… 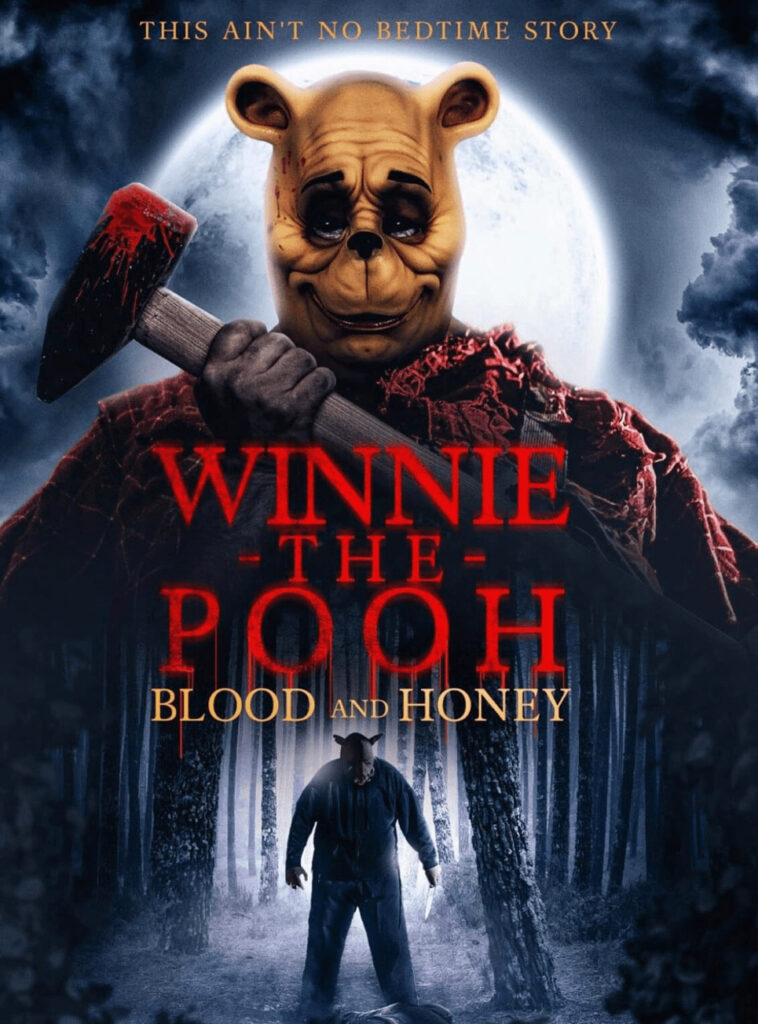 From what can be derived from the trailer, it looks like a similar premise as 2018’s Christopher Robin—a young boy named Christopher Robin wonders into the 100 Acre Woods and befriends Pooh, Piglet, Tigger, Rabbit, Owl, Eeyore, and the rest. Like in the 2018 film, the Blood and Honey Christopher Robin grows up and stops visiting his friends—this is where the stories go in wildly different directions. According to io9, the film’s writer-director, Rhys Waterfield, spoke to Variety earlier this year, saying:

Because they’ve had to fend for themselves so much, they’ve essentially become feral. So they’ve gone back to their animal roots. They’re no longer tame: they’re like a vicious bear and pig who want to go around and try and find prey.Rhys Waterfield, writer-director of WINNIE THE POOH: BLOOD AND HONEY

Waterfield is aiming to have Winnie the Pooh: Blood and Honey out on DVD and VOD later this year. What do you think? Are you looking forward to this new take on Winnie the Pooh? Let us know in the comments!