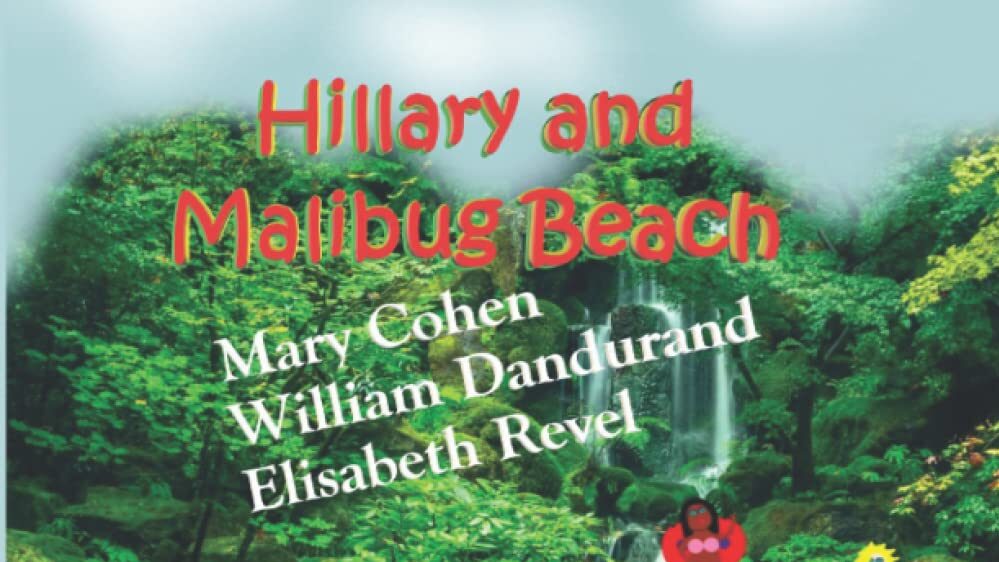 In the brand-new children’s adventure, Hillary and Malibug Beach, Hillary the Little Ladybug is looking forward to her family’s trip to Malibug Beach and falls asleep dreaming about mermaids. Sometimes, summer vacations don’t go quite as planned. Are the mermaids in her dreams a foreshadowing of what Malibug Beach has in store for her?

The Adventures of Hillary the Little Ladybug series, written by William Dandurand, Elisabeth Revel, and Mary Cohen, is a collection of children’s books that explores climate change and other issues. The Ladybug books’ whole sales earnings go to Mother Nature Festival Live Inc., an organization that works to halt disastrous climate change.

Strange events change everything for the ladybugs in the most recent tale. The green illumination from the comet explosion triggers mutations in them. Hillary observes vampires and mermaids. Hillary is targeted by vampires who attempt to bite her and transform her. The family must leave their vacation early after the King orders all castle staff to return to the castle. Hillary eventually returns home and falls asleep, but she experiences odd dreams. Well, tomorrow will bring a new day. After saying her night prayers with her mother, Hillary nods off peacefully.

In the Hillary the Ladybug series, characters including Bigfoot, Tiny Tim, and the King have made appearances. Hillary’s name itself has a slight resemblance to a well-known figure who has voiced concerns about climate change. Hillary the Ladybug has faced challenges while on family vacations to Malibug Beach (no, not Malibu Beach, don’t be silly!). In previous installments of the Hillary the Ladybug saga, our heroine has resolved the mystery of the secret cave, discovered herself in a post-nuclear world, joined the crew on a submarine, faced giant sharks, encountered a haunted castle, met the King of England, and imagined herself as a queen.

The series tells adventurous children’s stories from the viewpoint of a precocious ladybug using original artwork, photography, and delightfully informative themes. This 16-book series was written and illustrated by a group that included Mary Cohen, Elisabeth Revel, Gary Revel, Naomi Kiber, and William Dandurand, whose grandfather Ray Lowe was a Disney employee. American-born Gary Revel Jr., a 2006 Finnish Star Winner who spent 16 years in Finland, created the original artwork for Hillary the Little Ladybug. Revel Jr. has won praise for his acting, dancing, and singing in Hollywood, California, as well as Finland.

For more information about how the Hillary the Little Ladybug series is helping to stop global warming, visit https://mothernaturefestival.live.