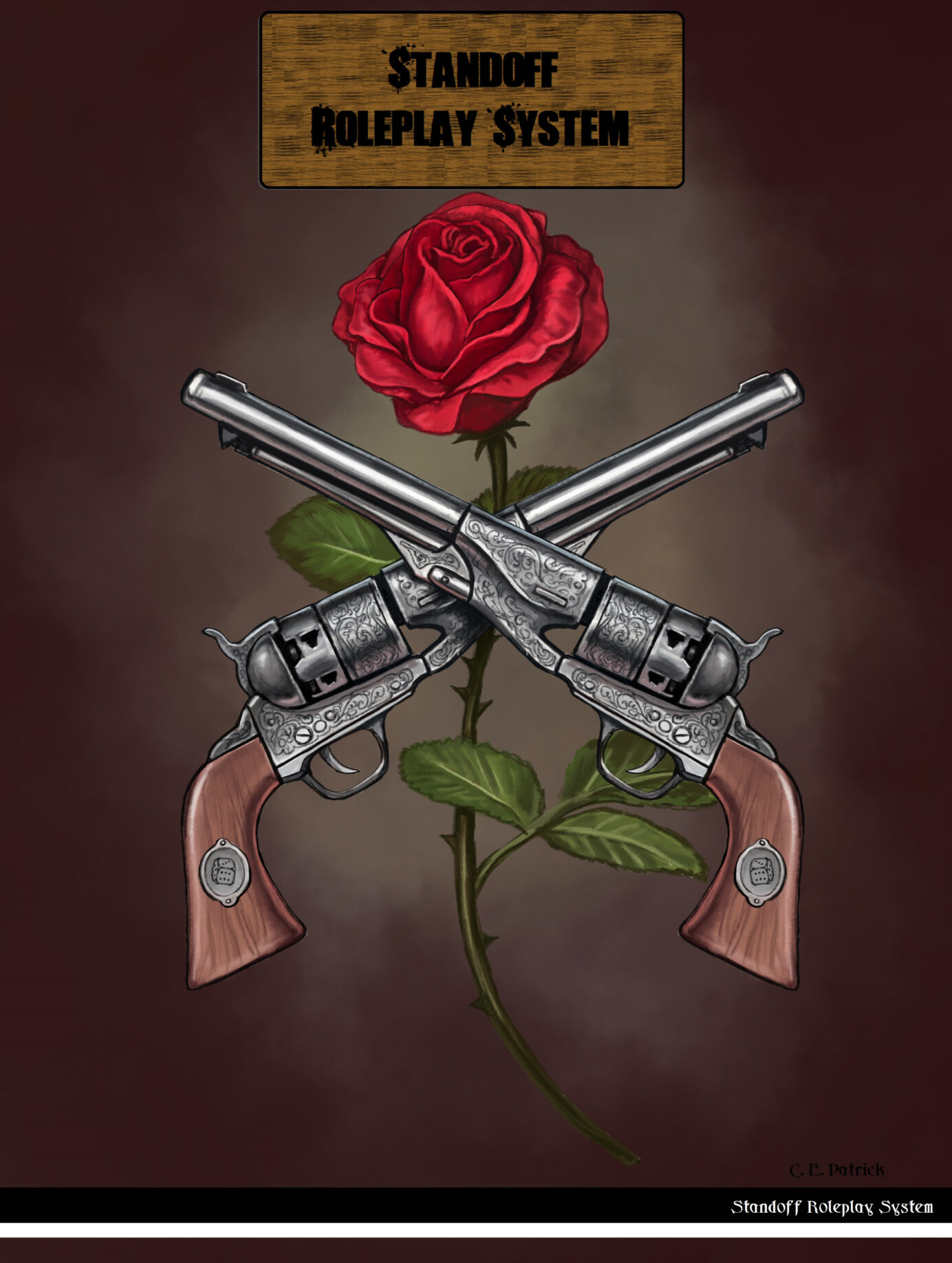 If I can be 100% honest for a moment, a big reason I decided to start writing up promos was the promise that I’d be able to write up some TTRPG promos. When the Standoff Roleplaying System came across my desk, I couldn’t be happier to dive into this promo. And the biggest surprise was that it offered Solo play, a mode of roleplaying games I’ve been growing fond of over the last year or so (Single Player goes into official production next week!). That said, let’s see what C.E. Patrick and Red Star Gaming has with Standoff, shall we? 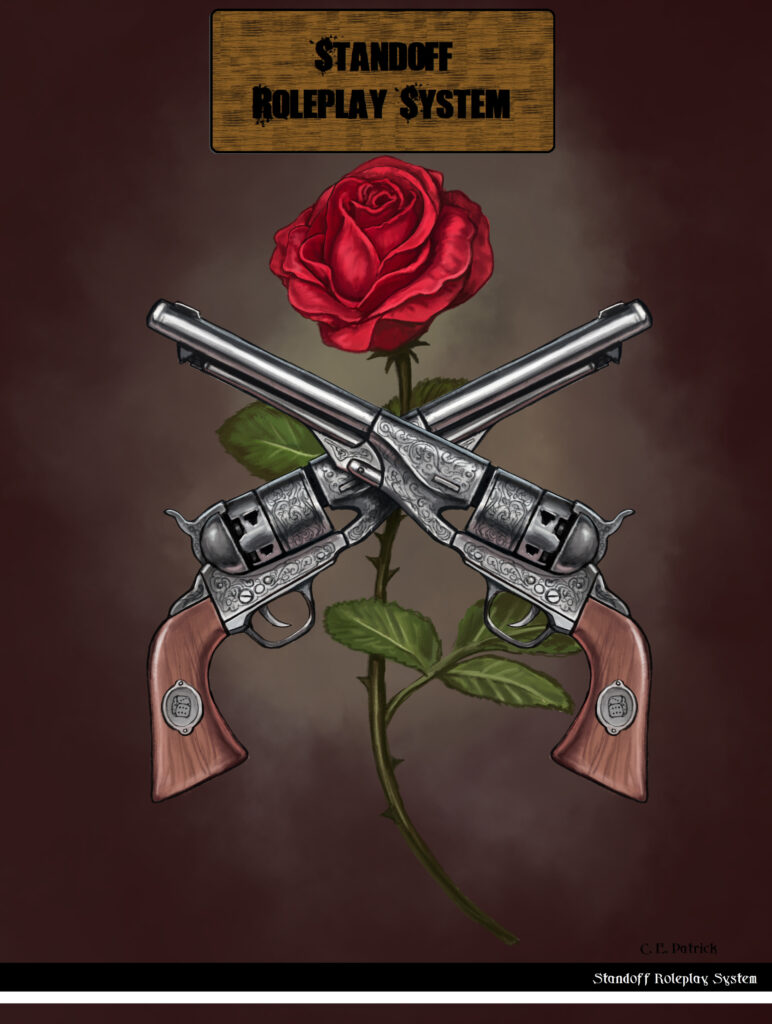 The Standoff Roleplaying System is a new roleplaying game meant to cover many different genres and styles of play. Specifically created with it’s own emulator, the system is great for solo play. A fun and kinetic dice pool system resolves actions in moments, and as a result combat and scenes of high tension feel create an interesting gravity that replaces tedium and rules lawyering that can be inherent to some systems.

Not Your Parent’s TTRPG System

Most people think of Dungeons & Dragons when they think of roleplaying games. Those that are more deeply involved in these types of games know that not only is there more than D&D, but D&D just scratches the surface. D&D uses 7 dice, ranging from a d4 to a d100. Other systems may use 2d6, cards, or another mechanic to play. With Standoff, you use a pool of d6s, with the total die rolled determined by stats. While that’s not wholly unique, what you can do with that pool is. Instead of rolling once for success or failure and then again for damage (or whatever else), you simply roll once. That roll tells you if you succeed or not and can also give more information depending on the situation (like damage in combat). The best part is that this is setting-agnostic—you can play in any setting you wish. In time, more materials will be released for this system to help guide you on adventures, but for now you can tell your own wonderful stories with friends, or by yourself in Solo play. Pick up the Standoff Roleplaying System here (and by using the link in this post, you’ll save yourself an extra $1).