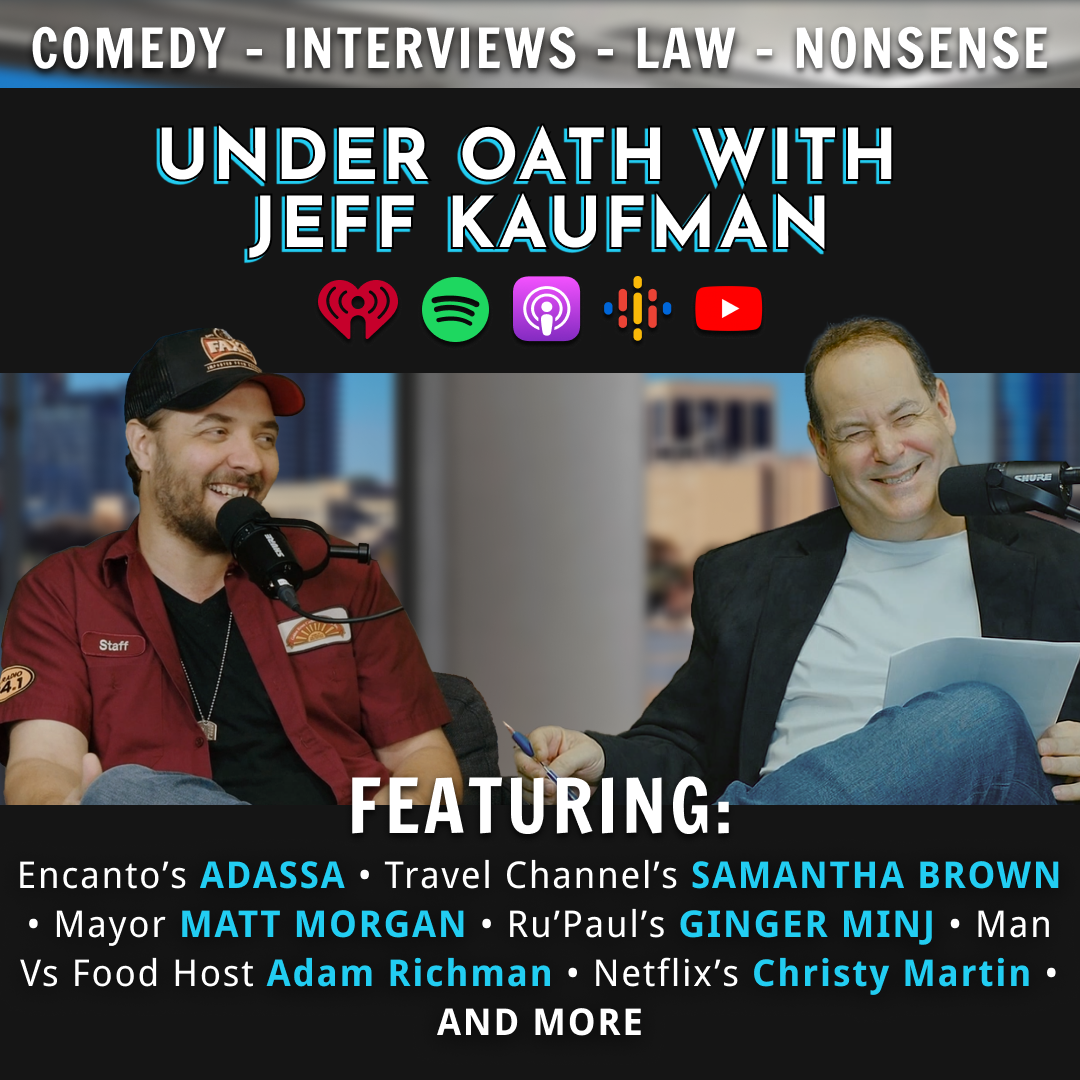 I grew up reading books, watching TV and movies, and playing video games. However, some of my favorite entertainment was riding in the car with my parents and listening to the radio. I was never super focused on the music—I always listened to whatever I had on cassette or CD (or ordered music videos from The Box)—but the DJs? I loved the talking segments. As I got older, my dad would leave Howard Stern on in the car, and it blew my mind. At one point, I wanted to send demo tapes to the local radio station when they were holding open auditions to fill afternoon DJ spots; but I never got around to it. Enter the Podcasts. If you’ve followed me for some time, you know that it’s one of my favorite mediums both as a listener and a creator. It’s a topic I could go on and on about, but we have a show to talk about.

Under Oath is our interview show where we talk to interesting people and ask them questions that give you an insight as to who these people are as a whole, not just as a Disney star, a county sheriff, or a falsely accused donut lover. We also randomly make cheesy jokes and talk about lawsuits!

Under Oath with Jeff Kaufman

Jeff Kaufman is a practicing personal injury attorney who hosts a number of comedic radio shows including Under Oath, Legally Screwed, Law and Disorder, and The Nerdy News. He also writes a column for the Orlando Weekly, hosts a number of community events, and writes comic books. He has been practicing law for over 26 years and even holds a Guinness book record for the number of states he has an active bar license.

Ryan Holmes is a standup comedian and a radio personality. He is a host on Real Radio 104.1-FM’s “Monsters in the Morning” radio show and a walking Petrie dish filled with puns so bad that they’re almost funny!