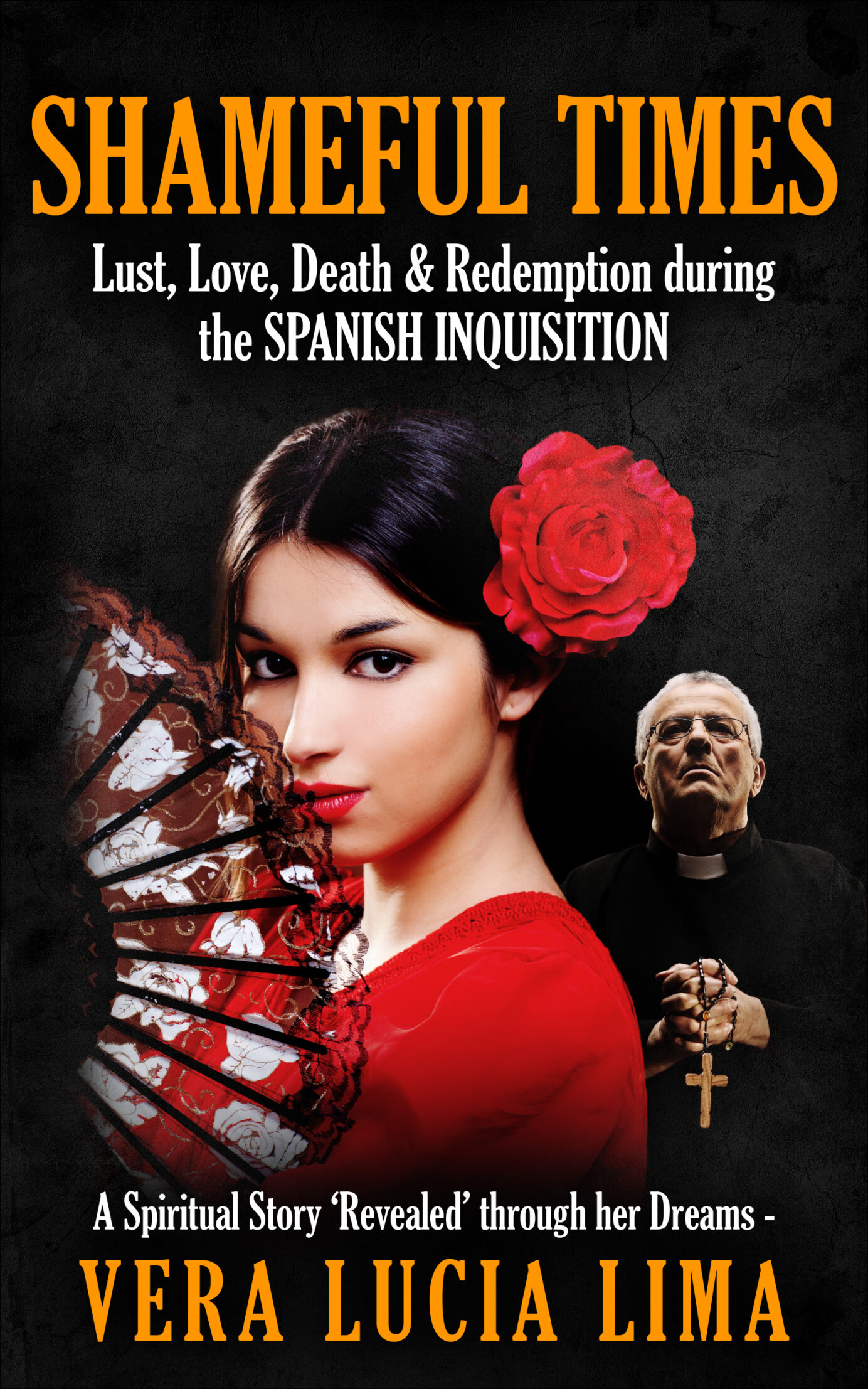 One of my favorite aspects of doing these promos is finding out about genres I didn’t even know I needed to exist. There is very little that we’ve decided to not feature on this site, but there are some lines. When Vera Lucia Lima was sent our way, I suppose she was warned to run it by us first. Sometimes it’s an easy “Yes” or “Pass”. Initially, I was under the impression we’d be looking at a book about spirituality; which is something I do need more info on. Faith and religion are touchy subjects and I need to make sure that we’re not promoting something that pokes fun at or hates on any aspects of faith and religion. “But Kev, this is a ‘paranormal’ promo”… I KNOW! Ms. Lima buried the lead by not mentioning Shameful Times was a paranormal romance novel—that sold me alone! 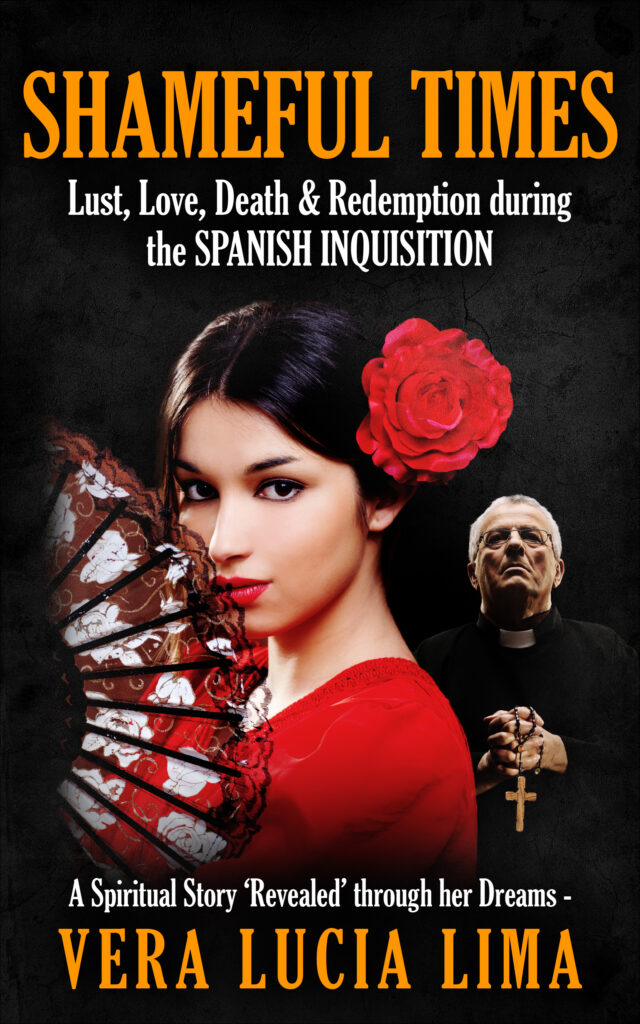 The Spanish Inquisition was a shameful time in the 15th Century, plagued by persecution and execution. But we only know part of the story. This novel explores the alternative history that took place during this time of upheaval and strife. A time closer to magic and the natural forces of good and evil.

This hidden saga of love between the angelic prophetess, Isa, and the noble royal advisor, Gutler, will transport you back in time. Their untold love story will help you to understand what really happened to the powerful Royals of Spain, and their daughter, Princess Joanne.

But while all of this is happening, the evil Cardinal Domingues, who led the Church of Rome, is driven by a desire for murder, torture and suffering. He will stop at nothing to complete his mission of purging the world of those he deems to be less deserving.

Throw the mysterious gypsy, Maria Amália, into the mix, and it causes a total spiritual confrontation between good and evil that has the potential to ruin everything.

Shameful Times is a paranormal romance novel that will keep you on the edge of your seat, eager to flip to the next page. This fictional novel tells a story that has been hidden for centuries and was revealed to the author in her dreams. Now is the time to uncover the real story.

You know I’m excited by Shameful Times; it’s also a romance novel. Romance novels very much have their place and are wonderfully written stories. Generally speaking, they normally aren’t for me. But we have an alternative history? Magic? Good vs. evil? There is much more than just a romance story happening here and I’m all in for it. Dive into these hidden secrets of history and join Isa and Gutler in their epic love story. Will they overcome the odds stacked against them and live happily ever after? Pick Shameful Times TODAY by clicking here!

Please note, as an Amazon Associate, I earn from qualifying purchases.