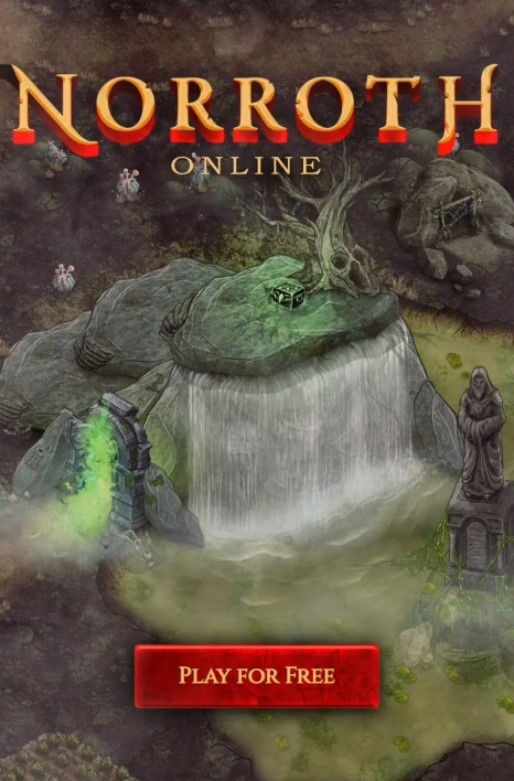 I can honestly say I wasn’t expecting this one! But, I suppose that’s what makes this new part of my business so great—I’m constantly hit with the unexpected. Now, sometimes that’s not a great thing. But other times, like today, it’s FANTASTIC! I love the idea of an open world that is shaped by players. It’s a shared universe! I think I love that style of play so much because my first experiences with shared universes were at an early age with comics and Kevin Smith’s ViewAskewiverse. Like many nerds, I hopped on the WOW craze when it was first released. I may have fallen off that train, but I tinker with it from time to time still. Which leads to this week’s promo!

Norroth is a FREE to play medieval fantasy MMORPG (massively-multiplayer online roleplaying game) that is 100% web-based. No downloads are needed and Norroth can be played on any device. The game is a throwback to classic 2D RPGs with a huge open-world (consisting of over 200 hand-crafted maps) and epic boss fights. The game is community-driven, allowing you to team up with other players in special world events and work together in guilds (you can even start a guild camp that turns into a city!). And like any good RPG, there are plenty of quests to unfold the story being told and items to gather/craft to help you along the way. Register for your FREE account and play (for FREE) today at www.norroth.com and get even more from the community by joining the Norroth Discord.