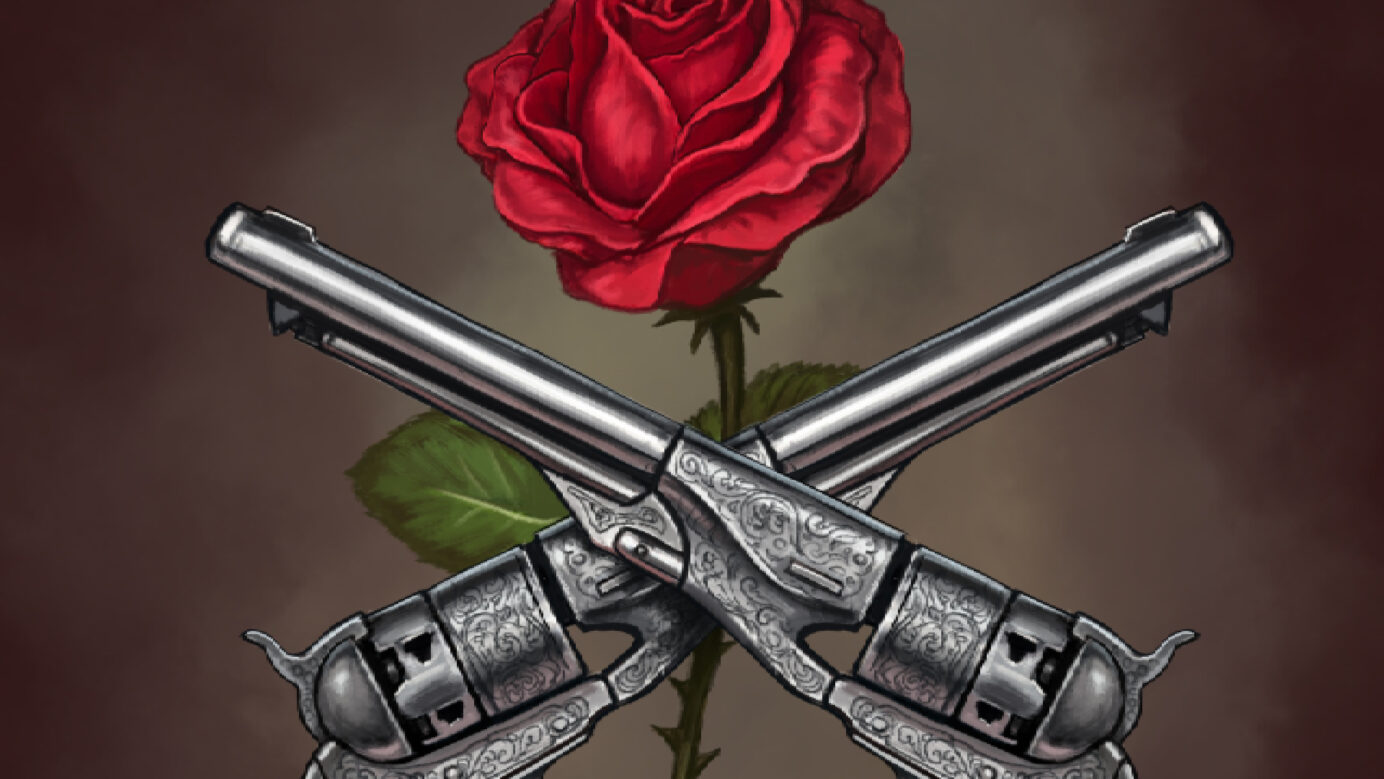 Last week we had the great pleasure of promoting the Standoff Roleplaying Game. While the book itself leans towards fantasy, the system can be used for any setting you’d like. The only dice you need are six-sided as the mechanics only use that standard die. Each roll consists of a pool of d6s, but Standoff’s hook is that you only have to roll once (though you can reroll). The results not only let you know if you succeeded or failed but how much damage you do. But why am I sitting here telling you about the Standoff Roleplaying System? We have the designer, C.E. Patrick, here to tell us all about it!

That’s Entertainment: C.E. Patrick, thanks for taking time to sit down and chat with us about your new system, Standoff. I gave the most basic of details about Standoff in my introduction. Could you give us your elevator pitch for the Standoff Roleplaying System?

C.E. Patrick:  Sure. So Standoff is a highly frenetic system where different elements of a single array decide not only the rate of success but the degree of success. This creates a fun system where actions are resolved very quickly so that players can continue to the narrative, all while having a level of detail you’d expect in a much crunchier game.

TE: The only dice you need for Standoff is a bunch of d6s. What made you decide on this mechanic vs. other variations of dice?

CEP:  I knew from the get-go that I wanted a dice-pool system where players are rolling multiple dice, and this mechanic has been in my mind for a few years now (I originally playtested in 2017 in a forum game I ran online). The core of the mechanic was that I needed a pool of dice where you could pull two separate data points from: the sum of the array (which determines hit/success) and a count element (in this case the number of sixes showing face up; which determines damage/degree of success). Theoretically, I could have a system where multiple types of dice could be rolled in the array, but that would add far more crunch than I would want, so I stick with one type. And I went with six-sided dice as it is the most common and familiar. I am toying around with the idea of having upgraded pools (rolling D8s or D10s instead of D6s, etc), but I’m debating on how much that might actually add.

TE: That’s one of the things that stand out about the Standoff Roleplaying System; that you don’t need to role a second time to figure out damage; where did that choice come from?

CEP:  You can kinda tell from the art and the name, that Standoff leans into some tropes from westerns (and we will of course have a western supplement soon). I’ve always felt that switching up dice or trying to remember how many dice of damage your attack or spell did seem to slow things down. I want the game to feel organic and somewhat quick to resolve, thus I decided I wanted the roll combined into one element. Of course, some elements just lend themselves to tome-scrolling, and I expect our fantasy supplement (which I’m working on now) will probably have a lot of that.

TE: I do want to chat with you about your supplements and settings, but sitting here talking about the mechanics of Standoff really has me thinking of what it means to roll dice in a game. This reminds me a lot of the Genesys system from Fantasy Flight. Was there any consideration of either modifying their system to your needs or looking at something other than numerical dice?

CEP:  I am somewhat familiar with the Genesys system. The idea of using non-standard dice did cross my mind at one point, but I quickly decided against it. I wanted someone to be able to grab any dice at their legs and play, and not have to worry about having the prerequisite dice. Also as the dice pool mechanic in Standoff allows me to draw two different data points from each array, I think it’s far quicker to explain/understand the system using standard dice than custom non-numerics.

TE: That’s a great point, there is a learning curve with Genesys that is removed when you use numeric dice. Now, there is another thing that stands out about Standoff. There are different modes to play in (GM, GM-less, or Solo). What led to that decision? Was that something you decided early on? How did that impact designing the game?

CEP: I wanted to offer different ways to tell the game, and I thought my philosophy of ‘intricate yet simple’ lent itself to solo and GM-less gaming. One of the major things that inspired me, is from the very start of this project, I’ve had a setting in mind that I want to service. The setting will be published very soon along with the fantasy supplement. Part of this new fantasy setting is that I’ll be writing solo adventures and releasing them with the option for solo players to play through them and do something akin to an after-action report via an automated system. I will take an amalgamation of these reports, and use that to determine how the world and setting changes…creating a living campaign of sorts for solo players.

TE: I love that there will be more SoloRPG content coming for Standoff; I’m in the middle of a project that involves that style of play. That said, are there any plans to include supplements for group play?

CEP:  Yup. I plan to create some stand-alone adventures intended for group play, as well as new settings that would be more conducive to that playstyle.

TE: Going back to the core system of Standoff itself, what inspired you to design this system?

CEP: Well I’ve had this system in my mind for a few years now, and I’ve always felt the combined hit/success mechanism was a good one. The concept for the setting (mentioned above) came to me, and I decided instead of writing the setting for Pathfinder or another system, I’d take this mechanic and make a whole system for it. To expand a little, the system was originally designed for a strategy mega-game. It was a mega-game where multiple teams of players (4-10) took control of a nation during WWII (there would be the leader, chief of staff, economist, scientist etc). It played on Reddit for about 6 months. This mechanic actually originated as a way to track the ‘economic health’ of each nation. On their turn, a player would roll several D6s (the number was decided by different actions, say printing money, etc) and their target/difficulty was their current economic level. So for example, if their economic level was 15 the sum of the D6s rolled would need to be 15+ to succeed. If they did succeed, their economic level went up by one plus the number of sixes naturally rolled. If they failed their economic level went down by one plus the number of ones naturally rolled. The economic level determined tax income and things of that nature. The mechanic was well received, and I really loved it, so I decided to create a system based on it.

TE: That sounds classic game design—starting out in one genre before moving to the next with a refined system. Earlier you mentioned how Standoff leans into some western tropes, however, we’ve talked a lot about fantasy today. What made you move towards that fantasy setting as your first supplement vs. western (or any other genre)?

CEP:  Well there are three answers I could give that are all equally valid. First, the market does move for fantasy games, and the genre has a lot of tropes/archetypes that are already understood. Players can play a fantasy setting and see a choice I made, and hopefully say “Oh…yeah, I see why they did that.” The second reason is that the idea for the setting itself was a writing project I wanted to do and eventually it grew in scope to where I thought ‘this would make a good RPG’. Thus, I dusted off my old papers on this mechanic/system and fleshed it out. Lastly, working up from this time period helps develop the mechanics that will be integral. Notice that the core book assumes a setting that is Medieval and Early Renaissance. Knowing how armor, weapons, and other components work in this time period helped me build that western RPG.  Essentially you can see the reason in the rules that firearms become predominant in the settings we will use (armor piercing). While I do believe the mechanics should service the plot, not the other way around, sometimes the mechanics and how things interact can themselves tell part of the story.

TE: Standoff sounds like an amazing system and I can’t wait to get my hands on it once I’m settled in the new house. C.E. Patrick, thank you for your time today!

To say I’m excited about what comes from Standoff is an understatement. As I move forward with the production of my SoloRPG project, finding more games that fit into that space is huge. I’ve always loved the Genesys system and how it resolved dice roles. It always seemed to favor story over anything else and Standoff has a very similar vibe that should be easier to figure out as it uses numbers vs. symbols. If you’re interested in the Standoff Roleplaying System, then you can pick up a copy here (and by using the link in this post, you’ll save yourself an extra $1).