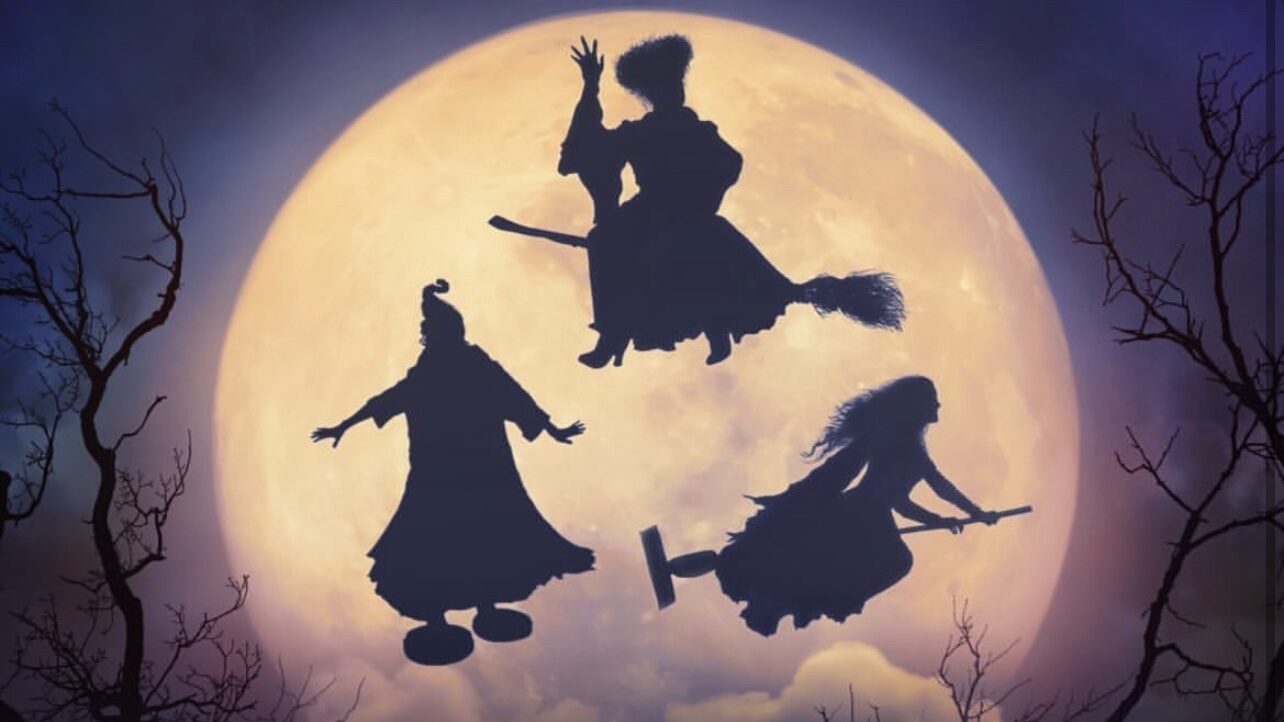 On this rainy weekend, we made it a Hocus Pocus family weekend! First, we watched the original film, and then we watched the just-released Hocus Pocus 2. When this sequel was initially announced, it piqued my interest for sure, but I didn’t think much of it. As we got closer to the spooky season and the trailer (which you can watch below) was released, I was all in! I wouldn’t call myself an uber of the original, but it certainly is part of my childhood. And honestly, after this weekend, I’m all in on The Sanderson Sisters and the Hocus Pocus Cinematic Universe (HPCU).

I am going to beat up Hocus Pocus 2 ever so slightly. While not completely identical, especially when it comes to our new protagonists, the plot is very similar to the original. A virgin (a concept I thought Disney may shy away from this time around) lights the Black Flame candle and must stop the Sanderson Sisters, three evil witches, from killing children (also a concept I was not expecting from 2022 Disney) to stay alive past sunrise. Despite the practical reuse of the plot, Hocus Pocus 2 lives up to the original while introducing a stronger backstory for the Sanderson Sisters and providing new protagonists that aren’t as forgettable as the original films, but the lights still shine on Winifred, Mary, and Sarah.

The best addition to the Hocus Pocus story is the backstory that the sister witches receive. In the first film, the only backstory we get is “oh, the Sanderson sisters are bad” and they make good on that promise when they are summoned back to life in 1993. Here, in the sequel, we go further back into their childhood (though I feel like these dates are way off—the first movie starts in 1693, and Hocus Pocus 2 is only 40 years earlier in 1653—if this is true, they aged poorly in 40 years) which offers some insight into why they are evil witches. They’re still not great at this point, but we see that these three girls share a sisterly bond (despite the first movie not really depicting any kind of love Winifred has towards her two siblings). Furthermore, we see how the town treats them, specifically Winifred, and how that makes them susceptible to Mother Witch.

Which, I’m not even sure if Hannah Waddingham was referred to as Mother Witch in the actual film, but whatever. Mother Witch essentially teaches Winifred, Mary, and Sarah that witches and magic exist and bestows Winifred her magic book for the elder Sanderson’s 16th birthday. Oh, and also be sure to kill other children to stay young (which, yikes… there’s gotta be a better way). While this adds to the Sanderson Sister’s backstory and establishes that a witch gains her powers on their 16th birthday, we never really see Mother Witch again, which felt odd.

In the present day, 29 years after the original film, Hocus Pocus 2 sets the stage for the bulk of the movie. And while the plot of this movie is very similar to the first, just with rehashed jokes, it does offer us three new protagonists in Becca, Izzy, and Cassie. I honestly can’t believe I didn’t see where their story was going from the beginning, but these characters’ actions and motivations make a lot more sense; making the plot feel more important this time around. And as the film ends, one has to wonder if we’ve seen the last of the good witches and/or the Sanderson Sisters… or even Mother Witch.

We Already Drank the Life Potion!

This headline/quote from Hocus Pocus 2 makes me chuckle. I’m not sure if it was Jen D’Angelo’s intention to nod to the fact that, yes, we have literally done this plot before or not, but I love it. D’Angelo is able to capture the same feeling that the original film had in her writing and dialogue. Down to why these witches from the 1600s, who spent less than 24 hours in 1993, act perplexed at modern-day Salem just to make modern-day jokes! And while it bugs me a little bit, the fact that Hocus Pocus 2 double downs on this makes me love it.

While it’s a little disappointing to not have Kenny Ortega back in the director’s chair, Anne Fletcher does a wonderful job taking over. I’m not entirely familiar with her past work as a director (I did like The Proposal though), but she captures the same on-camera chemistry between Midler, SJP, and Najimy as well as really making this film stand right in line with the original. The only real issues I had here were the scenes of the Sanderson Sisters flying—the use of CGI was very evident compared to the practical effects used in the original.

Speaking of the Sanderson Sisters, for the most part, Bette Midler, Sarah Jessica Parker, and Kathy Najimy jump right back into their roles flawlessly after 29 years. And while they are (obviously) older (for no real reason, unless you age in Hell or wherever they’ve been for the last 3 decades), Midler and Najimy don’t show it as much as Parker. Now, Najimy does show it, but Midler has the advantage of being nearly 46 or 47 when the original Hocus Pocus came out—some people don’t change too much between (and, yes, I’m rounding) 50 and 80. Najimy was in her mid-30s, so while you can see some age there now that she’s in her mid-60s, it’s not as drastic as Parker who aged (gracefully may I add) from her late 20s to late 50s. While the age difference can pull you out of the movie for just a moment, the biggest difference for me was that SJP’s Sarah Sanderson didn’t seem to act as childish in Hocus Pocus 2. Once again, I understand that age could have that effect, but in theory, the Sanderson Sisters didn’t age over the last 29 years. Regardless, these three actresses; along with newcomers Whitney Peak, Belissa Escobedo, and Lilia Buckingham crushed their scenes together.

Oh, and Doug Jones? You know he crushed it as Billy Butcherson!

Hocus Pocus 2 may tread on a similar plot line, but the execution this time around is a bit more powerful to offset that. And with the Sanderson Sisters getting a more heartfelt goodbye this time around makes you wonder if they’ve potentially changed their ways, even if it was a bit too late. And who knows, with another Black Flame lurking around, maybe we haven’t seen the last of these witches.

Have you seen Hocus Pocus 2? What did you think of the film? Do you think there is a third film lurking? Let us know in the comments below! Be sure to follow That’s Entertainment for all your entertainment news and reviews!