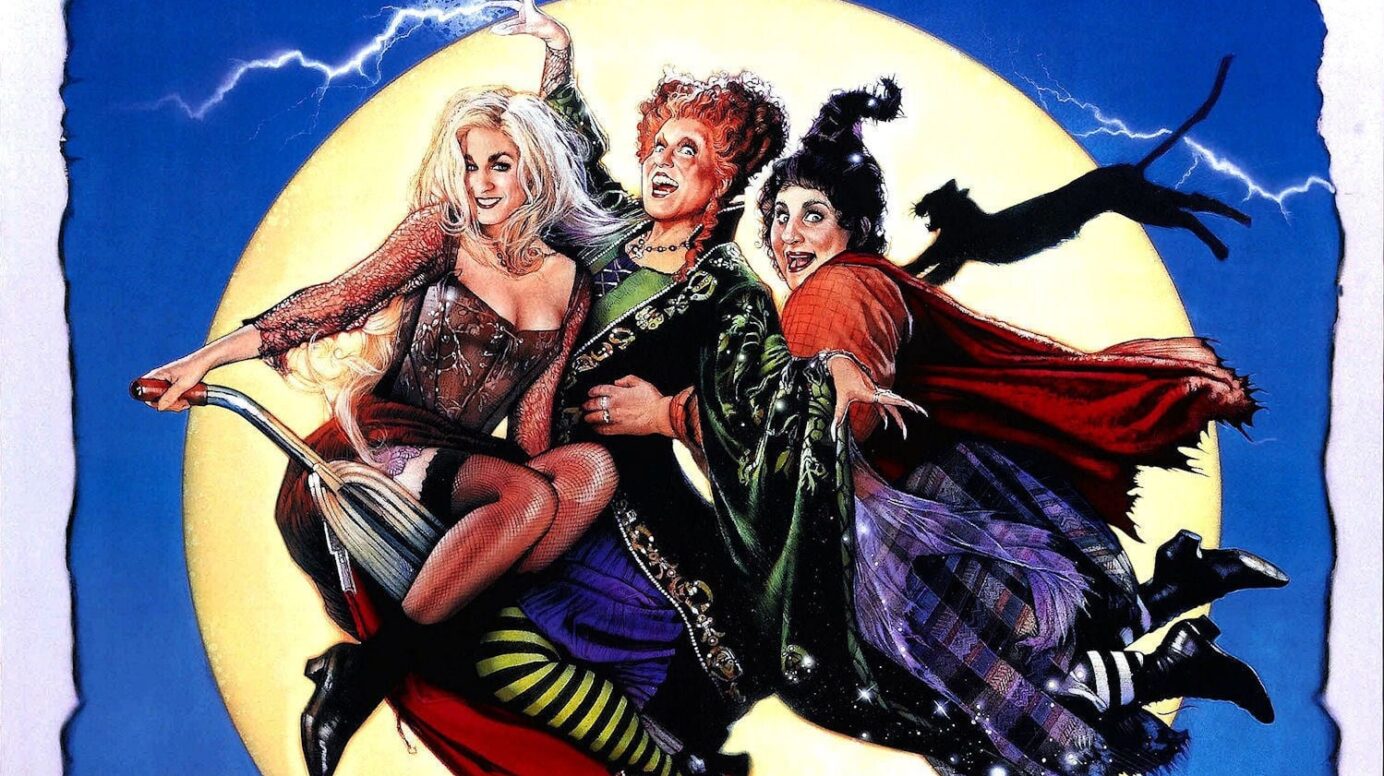 As the family rewatched Hocus Pocus this year, I was reminded by my wife that last year’s viewing was not only the first time that the kids, or at least my oldest, has seen the movie; it was her first time, making this her second viewing (to prepare for the sequel). I was a bit shocked, as I thought this was a childhood staple! After some time thinking about it, I also realized that this viewing is likely only my third or fourth time seeing Hocus Pocus, which is even crazier to me—I have so many fond memories of this movie!

I Put a Spell on You

Hocus Pocus‘s plot may be fairly simple—three witches about to be hung in the last 1600s cast a curse that will resurrect them under certain conditions, then those three witches must use the life potion to drain a child of their life force to stay alive past sunrise—but it’s done in an incredibly charming way. It’s also rare that the protagonists are practically forgettable and the antagonists are the stars. To the film’s detriment, The Sanderson Sisters don’t ever really have a redeemable quality about them—they are introduced as evil witches and that is what they are from start to finish. That said, it works. Sometimes the bad guy (or girls in this case) is (are) cool. Winifred, Mary, and Sarah are charismatic, fun, and sexy. They are also evil people who want to kill children in order to stay young forever. I don’t want to like these characters and, ultimately, the need to lose, but I’ll be damned if I’m not enjoying every minute they are on the screen.

I think the most surprising thing about Hocus Pocus is how suggestive it is. This is, at the end of the day, a kids’ movie and a Disney film! Obviously, the emphasis on the whole “virgin” thing looms over the movie and is treated in a very 90s way (meaning, the teenage boy feels bad about the fact he’s a virgin and it’s a joke). Sarah Jessica Parker’s Sarah Sanderson is dressed provocatively (and I now question if my first crush was actually Princess Leia or Sarah Sanderson) and there are a few lines here and there that are wild to be in a Disney movie. 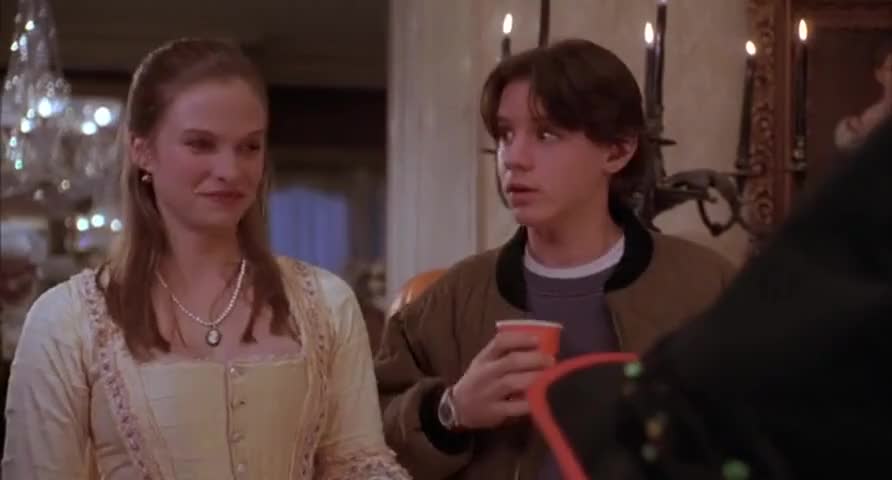 Allison: I like your costume, Dani.
Dani: Thank you! I really like yours too. Of course, I couldn’t wear anything like that because I don’t have any. What do you call them, Max? Yabbos?
Max embarrassed nearly spits out the cider he’s drinking
Dani: Max likes your yabbos. In fact, he loves them! 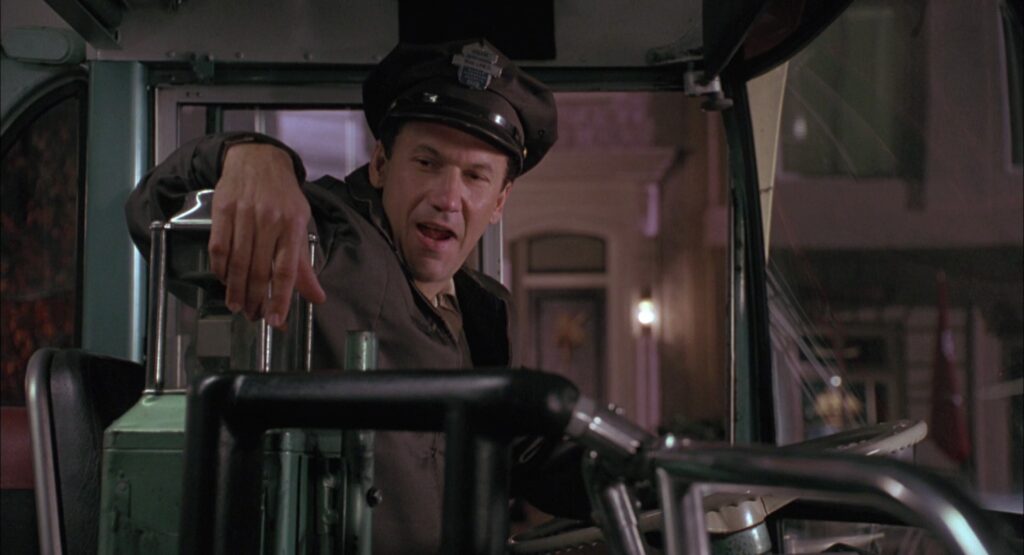 Bus Driver: To convey gorgeous creatures such as yourselves to your most…
cracks his knuckle
Bus Driver: Forbidden desires.
Winifred Sanderson: laughs Well, fancy! We desire children.
Bus Driver: Hey, it may take me a couple of tries, but I don’t think there’s gonna be a problem.

For being a movie from the early ’90s, Hocus Pocus holds up very well. While there may be some surprising things to find in a Disney movie, nothing feels overwhelmingly dated. The one outlier is maybe all the stuff about Max being a virgin, but I also wouldn’t be surprised if there would be similar jokes in 2022 if the lead protagonist was a guy vs. a girl. My one gripe about the writing of this film is how mystified the Sanderson Sisters are of 1990s Salem (which, makes sense) but will then turn around and make a driver’s permit joke. And, I get it. It’s a comedy meant for kids, but it still sticks out to me!

Kenny Ortega, a Disney Legend, directs Hocus Pocus as his second feature film and only the fourth TV/Film project he’s ever directed. It’s funny to me how he started directing Disney films when I was a child and continues to direct them to this day (one of my daughter’s favorite series is Descendants). That said, I don’t know that I’ve noticed a trademark of his to say Oh, this is definitely Ortega! That said, he does a wonderful job with this film, especially with the choreography.

Hocus Pocus is a classic Halloween film that you should make part of your annual watch list. It’s fun for the whole family with very few actual scary moments and just a blast to watch. It’s held up over the years, which is likely one of the reasons we’ve gotten a sequel nearly 30 years later.

Have you seen Hocus Pocus? What did you think of the film? Do you plan on seeing the sequel? Let us know in the comments below! Be sure to follow That’s Entertainment for all your entertainment news and reviews!