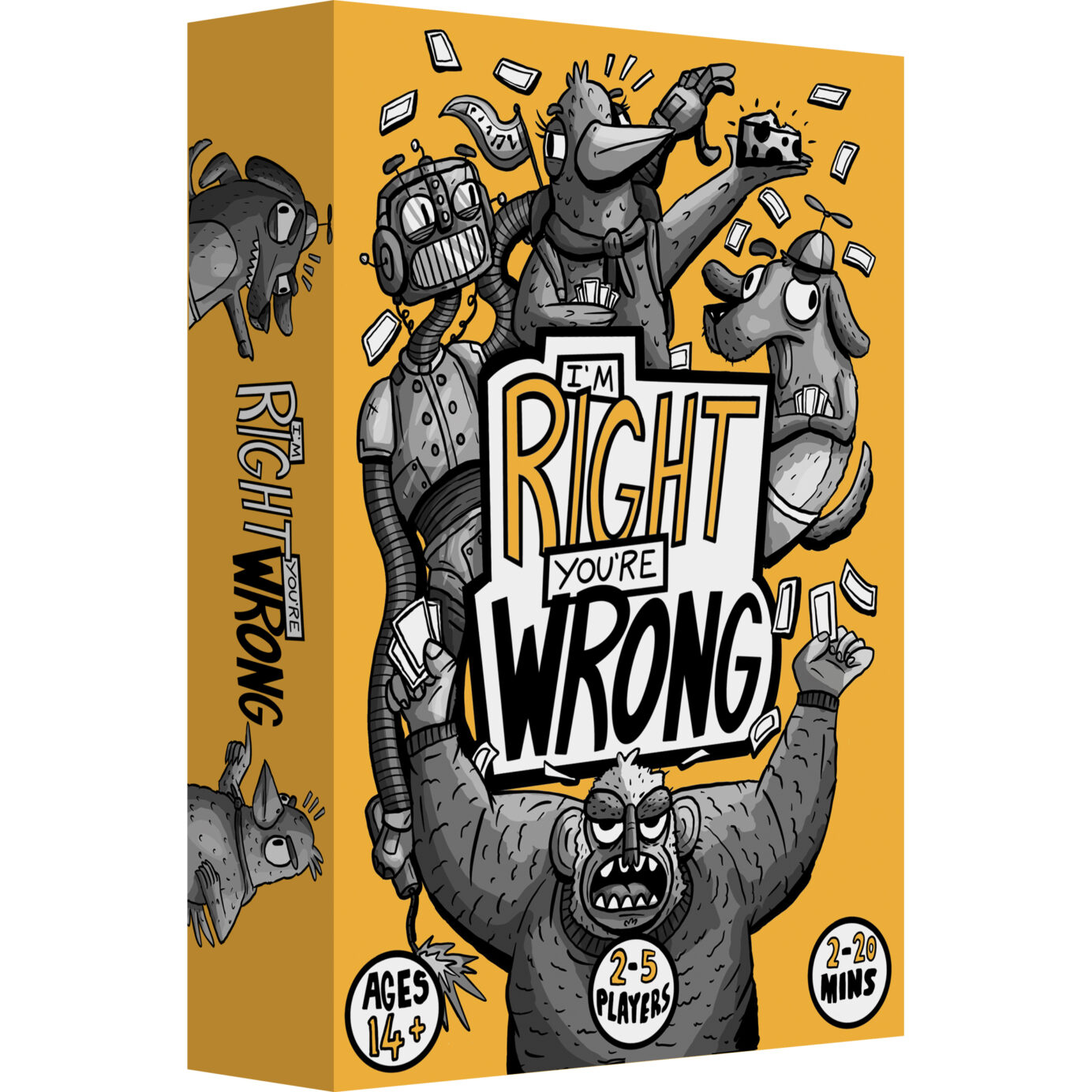 We’ve all been there (for me, it’s usually with my kids)—a disagreement turns into a shouting match. Not very healthy, but cathartic as hell, right? Well, Jab Publishing has taken that concept and made a game out of it! Now, it’s not what you think! This game isn’t actually encouraging bickering between friends and family, rather it pokes fun at it with amazing art and an amazing concept for a game. Read below for more details, pictures, and a how-to-play video! 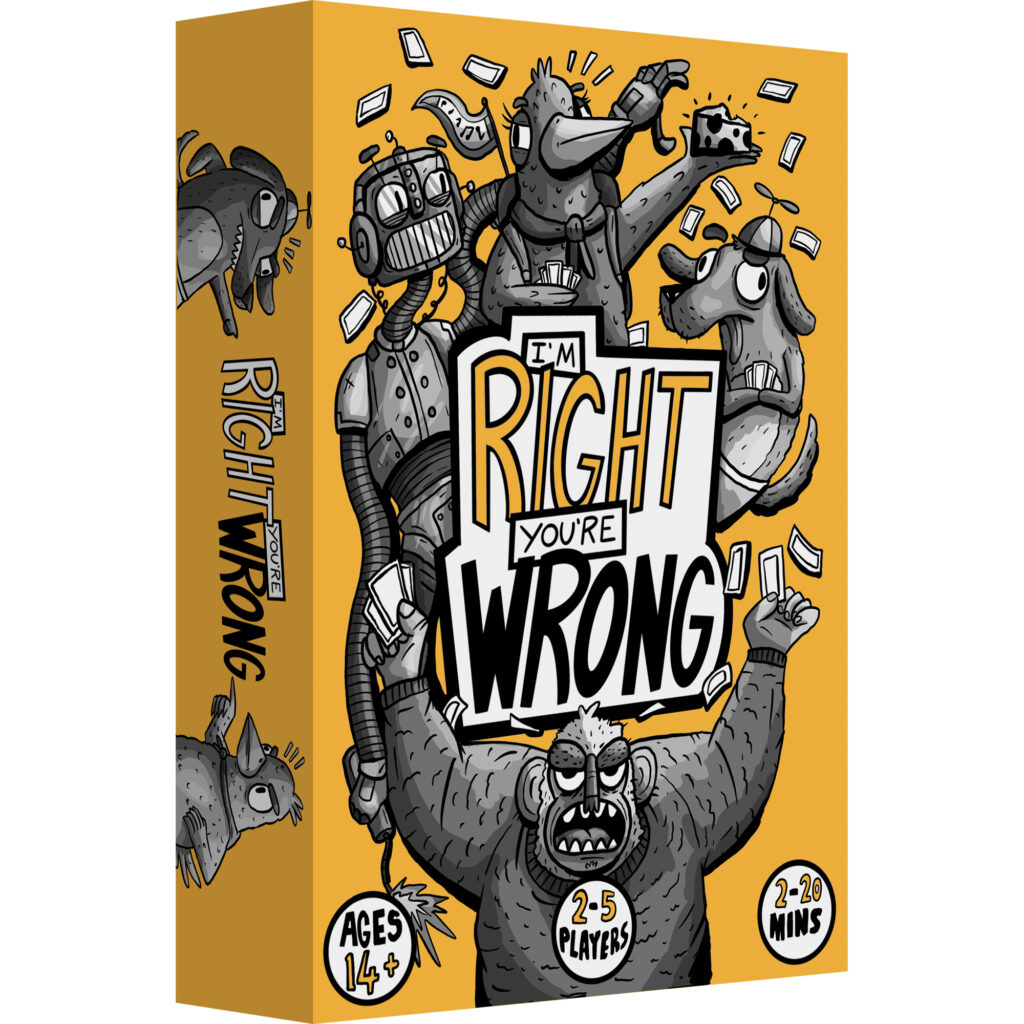 Outwit and outlast your opponent(s), by holding onto your hand, and not breaking a rule. The twist is… attacking opponents screws you over, not them. Play is similar to other casual games (hand management, elimination, take that). No actual role-play or arguing involved.

I’m Right You’re Wrong may just be the only card game where your least worst option is probably your best! This game was actually inspired in part by a real-life office drama, which goes to show you that your next big idea can literally come from anywhere! What’s great about this game is that it’s not just about sitting around and having fun; I mean, yes, DO THAT! But I’m Right You’re Wrong shows you that words have power. Things escalate and people become combative at the drop of a hat. Rhetoric is normalized. Opinions are presented as concrete truths. And then things get nasty. I’m Right You’re Wrong pokes fun at conflict and aims to turn it on its head.

Through fun and humor, we can use games to channel our energy and reflect in a safe space—free from hurt feelings and real consequences. Games make people nicer. And this game is easy to learn and quick to start. All you need is 2-5 players, about 20 minutes, and the ability to attack your friends! Ok, maybe you’ll take the high road or set tricky traps on your quest to win I’m Right You’re Wrong. Remember, there are many ways to screw up. Try not to shoot yourself in the foot.

I’m Right You’re Wrong is available NOW! You can pick up your copy of the standard game (14+) on Amazon. If you’re looking for something that’s a little edgier, you can also pick up the NSFW edition (21+). Jab Publishing also has two expansions: Shots Fired (21+), which turns your game into a drinking game, or Game-Breaker (14+), which transcends reality and literally breaks the game. Find more out about the game on their website. 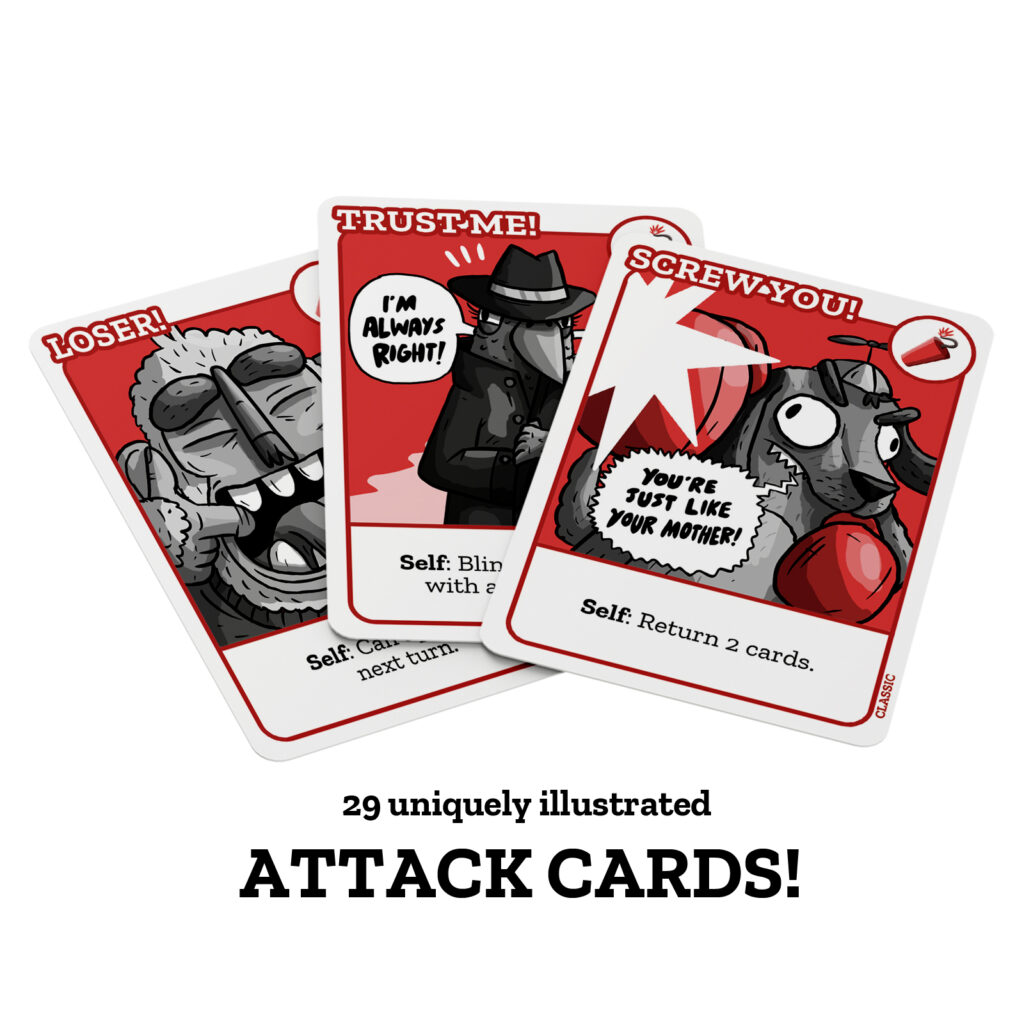 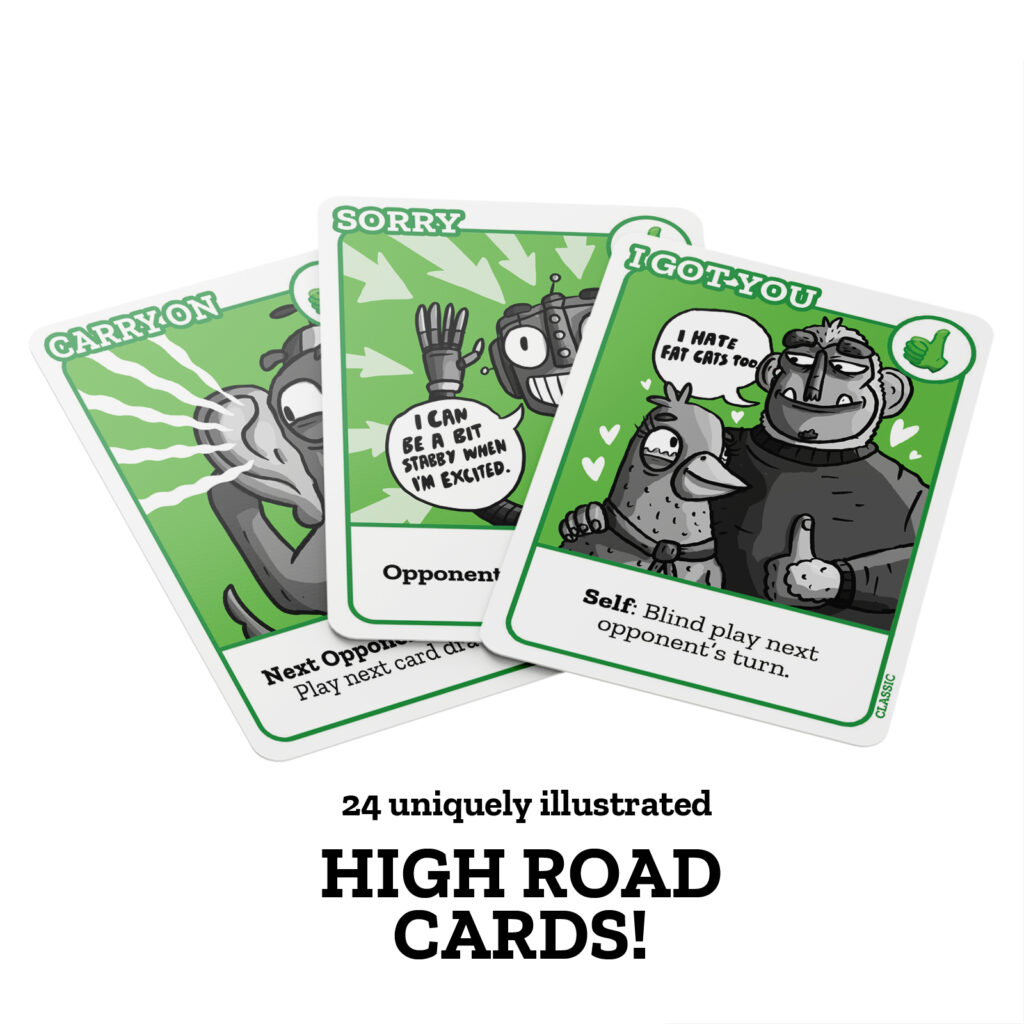 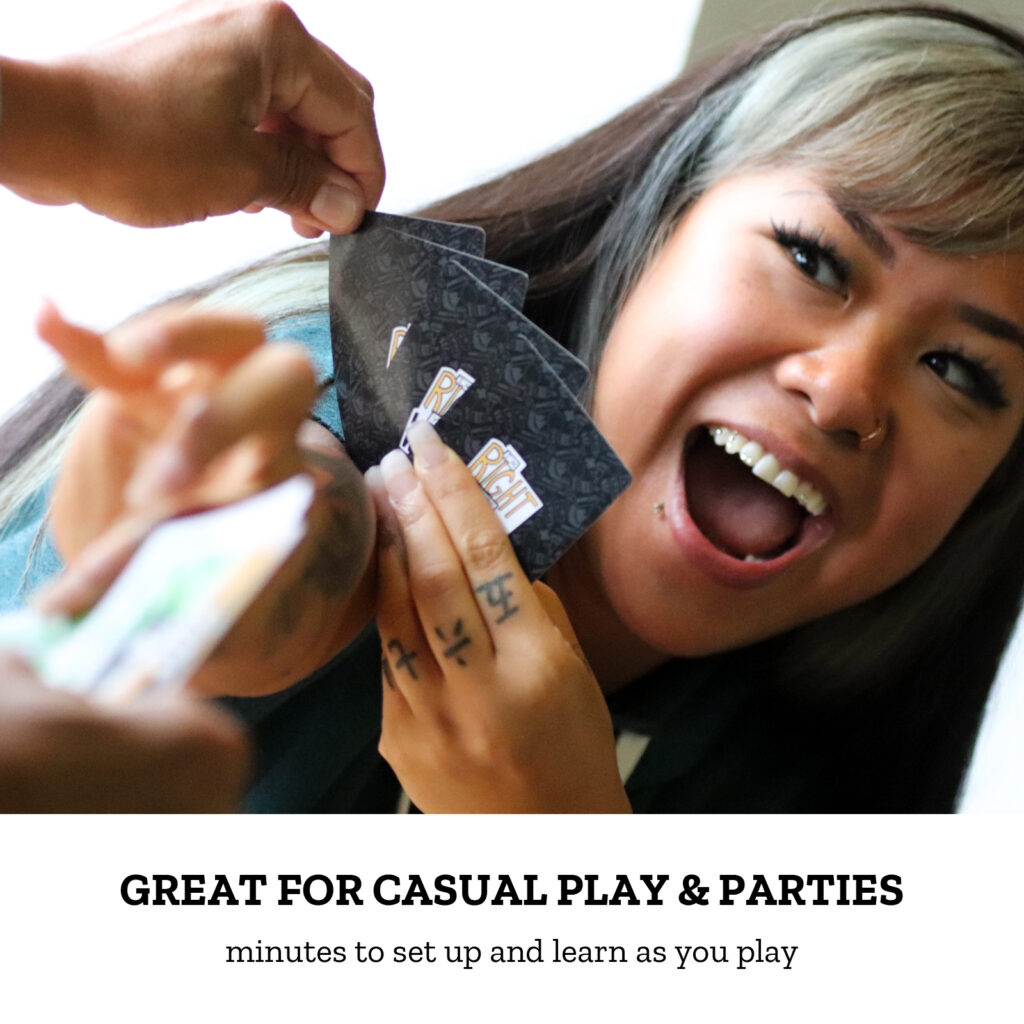 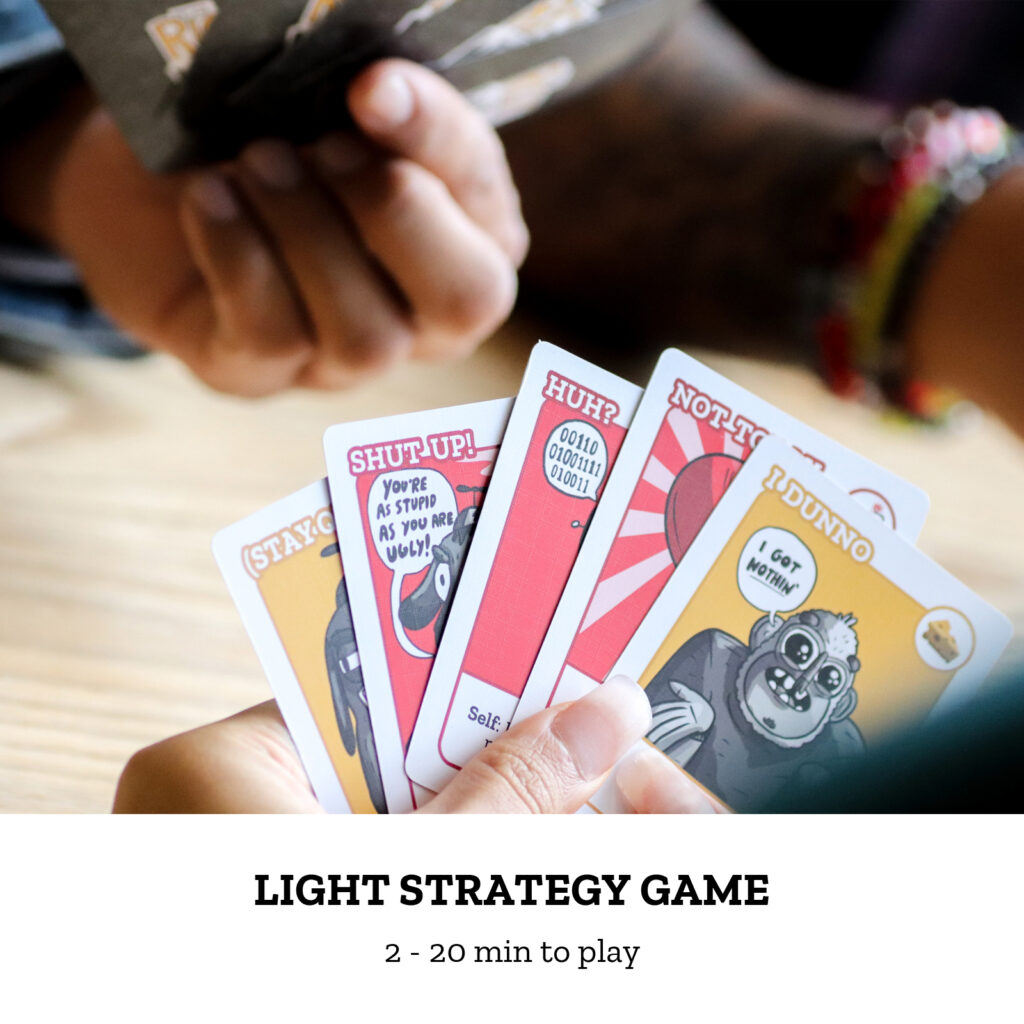