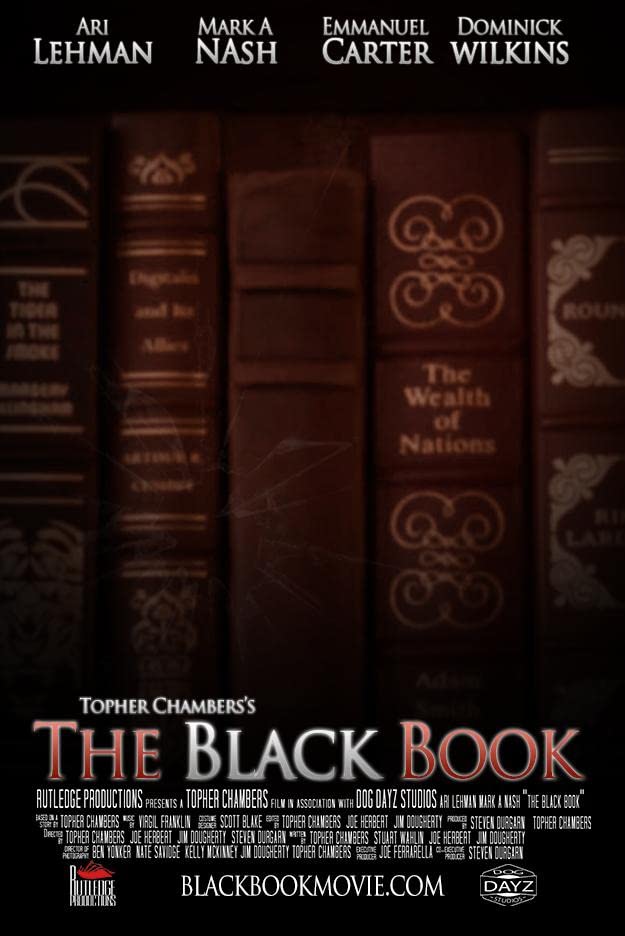 One of my favorite genres is horror. Which, if you’ve known me since I was a child, you’d find it a bit odd; I was terrified of anything remotely scary as a child. Beetlejuice? I had nightmares for months. In the last 3-5 years I had my first viewings of Alien, Halloween, and The Shining. It was Scream (the first one, from the 90s) that gave birth to my love of horror—it’s still my favorite horror film, though my favorite series of horror is The Evil Dead. This is a long-winded way of saying, today’s film promo looks pretty awesome!

A collector of rare curiosities finds himself with the collector piece to die for. Remember, don’t read the book.

The Black Book is a horror anthology with stories from four different directors (Topher Chambers, Jim Dougherty, Steven Durgarn, and Joe Herbert). Based on Chambers (along with Herbert, Stuart Wahlin, and Angelica R. Hill) anthology book of the same name, the film focuses on stories plucked from the pages of a rare book collector’s prized new acquisition: an antique tome with a legendary curse. The stories featured are: Wrapper, The Woods, Give Up The Ghost, Ocularis, Date Night, Man in the MIrror, and Sorcerer’s Finger. The movie is available to watch now on Amazon, YouTube, and other streaming services.

Please note that this post may include Amazon Affiliate links. I may receive a small percentage for purchases made through these links, however, your price will never change. You pay the same and help an independent creative—it’s a win-win!