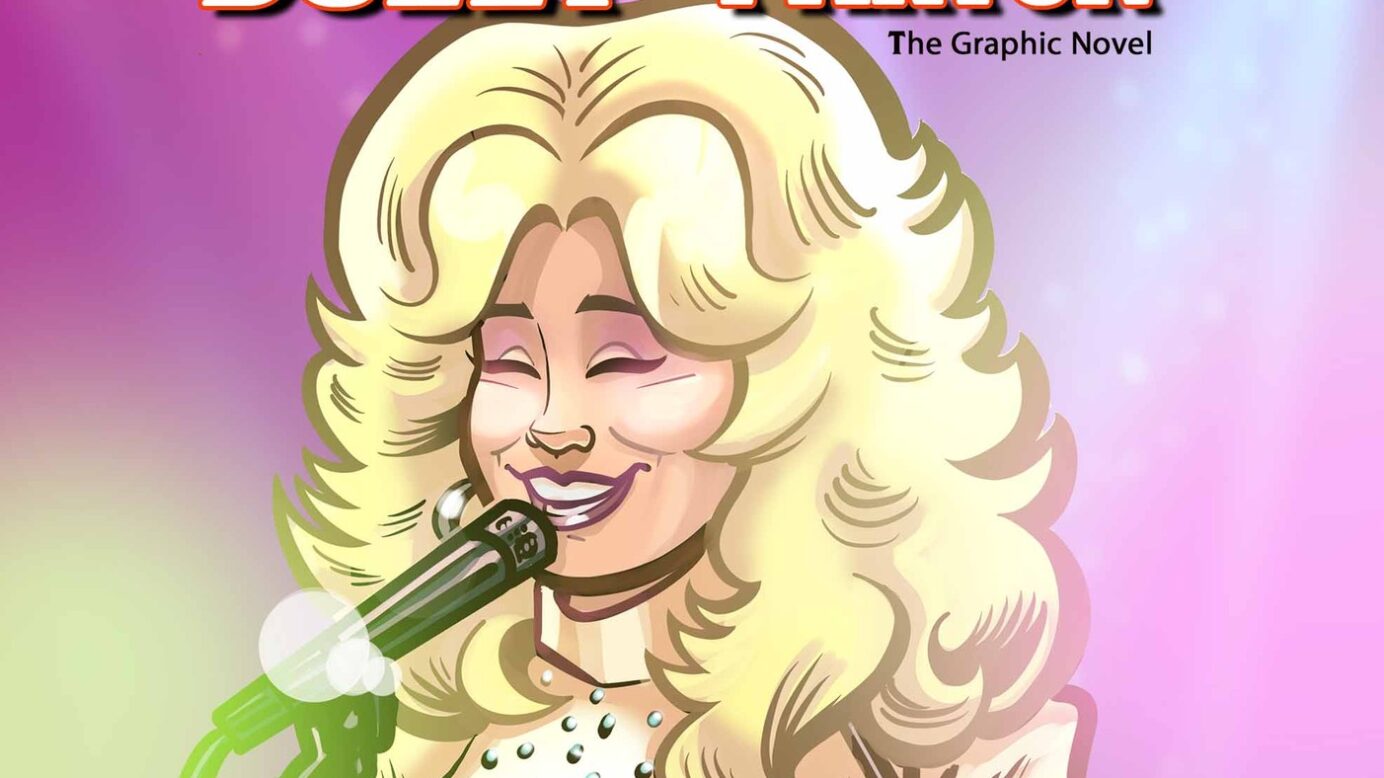 The 60-page graphic novel Female Force: Dolly Parton: The Graphic Novel, the newest installment in the graphic novel biography series that emphasizes female empowerment, is being released by TidalWave Comics with great pride. The book was released today! With illustrations by Ramon Salas and a special cover by renowned comic book artist Joe Paradise, the story was written by Michael Frizell. This 60-page graphic novel is available in print and digitally on a variety of media. Both a soft cover and a hard cover special edition will be offered for the graphic novel.

She is known for saying, “It costs a lot of money to look this cheap,” and has proven to be a multi-talented singer, songwriter, record producer, actress, author, businesswoman, and philanthropist. It is uplifting and inspirational to see how Dolly Parton rose from humble beginnings to become the most revered female country performer of all time.

Parton has amassed a $600 million fortune that she is happy to share. Dolly also contributes to a foundation established in her honor, founded the Imagination Library, which provides books to millions of children, and even offers to pay students to stay in school. Her story of rags to riches is motivational, but her kindness and generosity have enabled others to end generational poverty, leaving a lasting legacy. This exciting graphic novel recounts her journey to popularity and her enthusiasm for giving back to the community that has given her so much. It collects the two-issue series written by Frizell and illustrated by Salas. 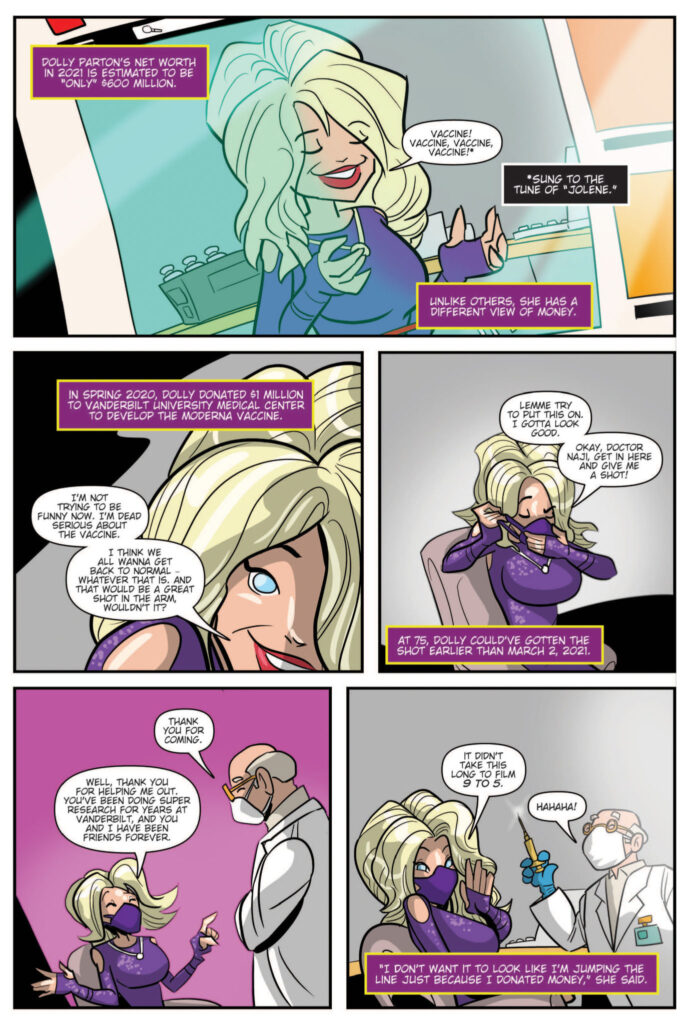 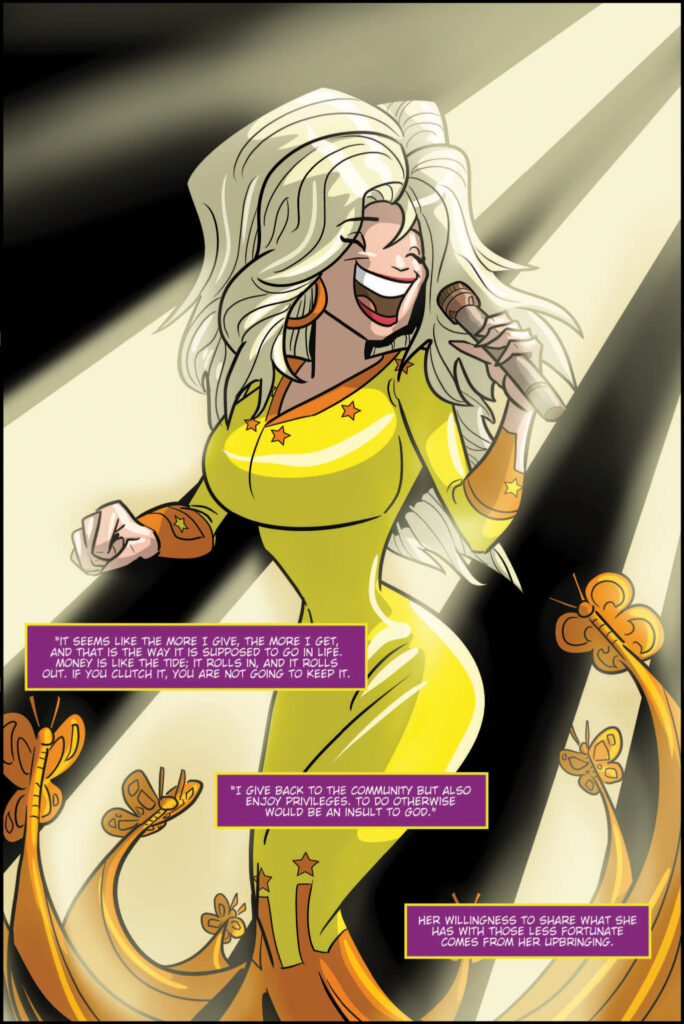 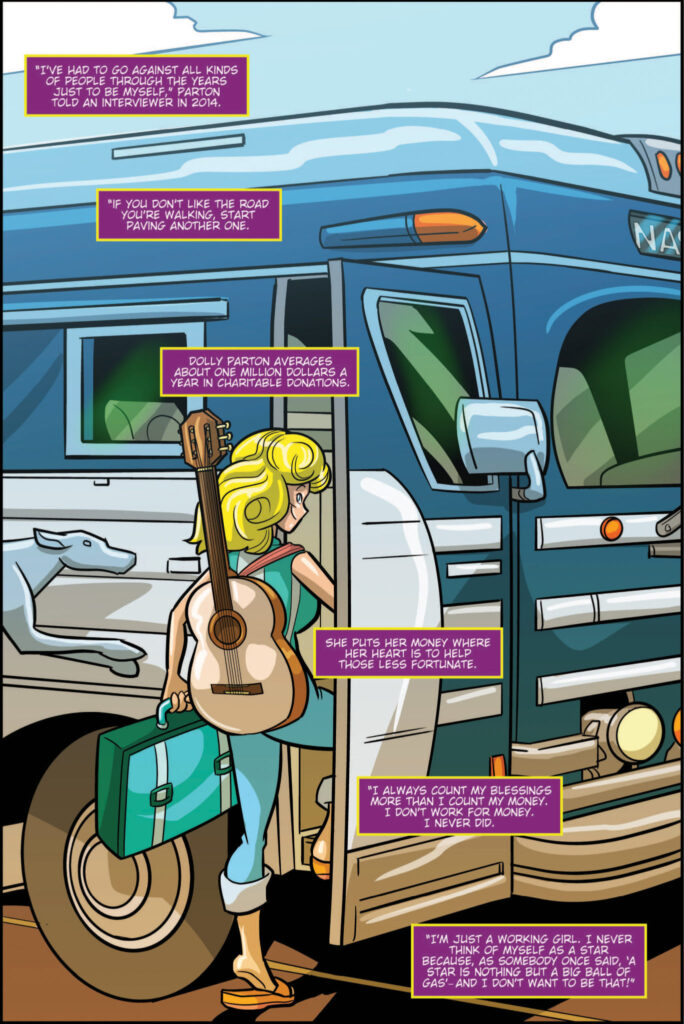 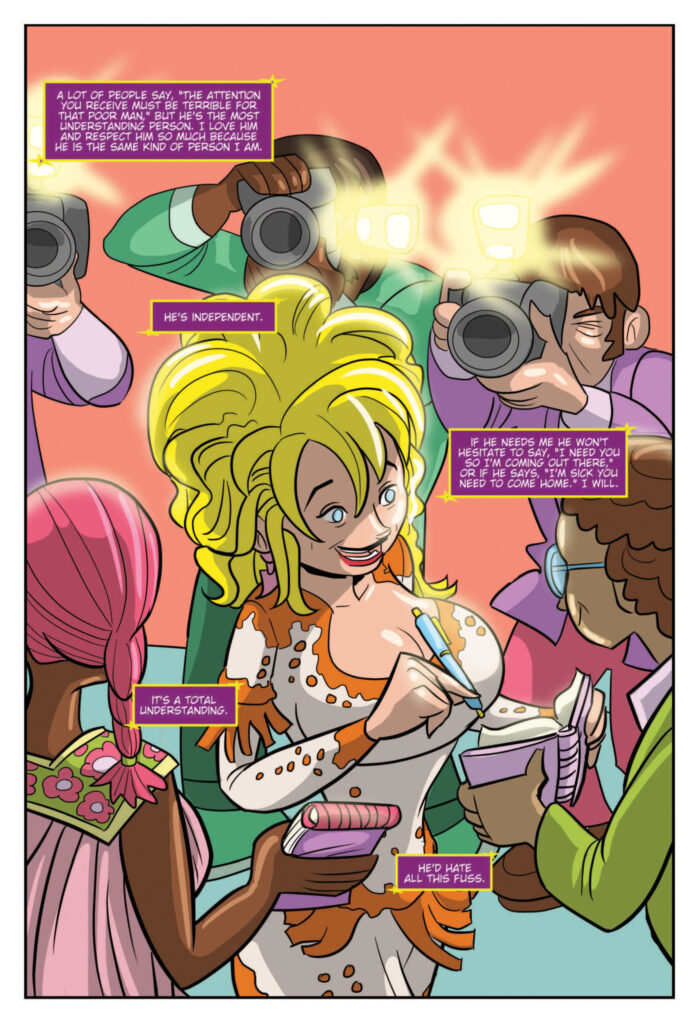 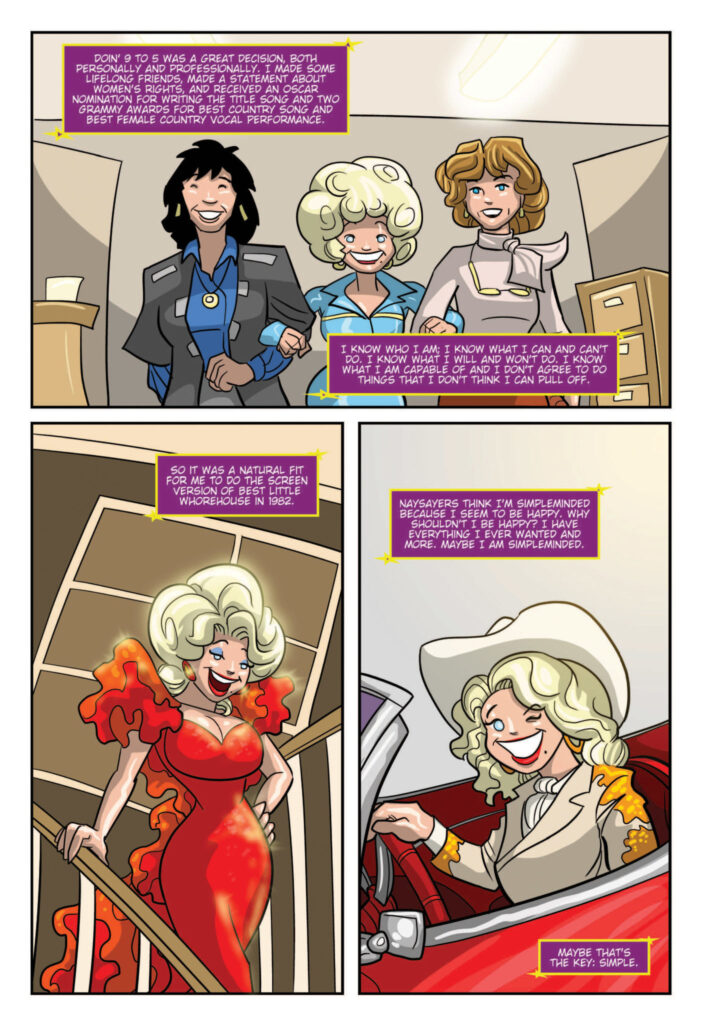 The brand-new graphic novel will include previously unseen illustrations and pin-ups by renowned comic book creators including Joe Phillips and Yonami. Authors, business leaders, celebrities, journalists, politicians, and activists who are well-known and influential are included in the “Female Force” imprint. The newest biography comic book has been added to TidalWave’s collection of more than 200 biographical comic books. Previous books have featured Gloria Steinem, Barbra Streisand, Cher, Tina Turner, Kamala Harris, and Selena.

The biographical comic book series has received a ton of media coverage, including articles in Time and People magazines, “The Today Show,” CNN, MSNBC, and FOX News. In addition to being available for print purchase on Amazon, TidalWave Comics’ extensive catalog of publications can also be downloaded via ComiXology, DriveThru Comics, Google Play, Overdrive, iTunes, Kindle, Biblioboard, Nook, Kobo, and other eBook retailers.