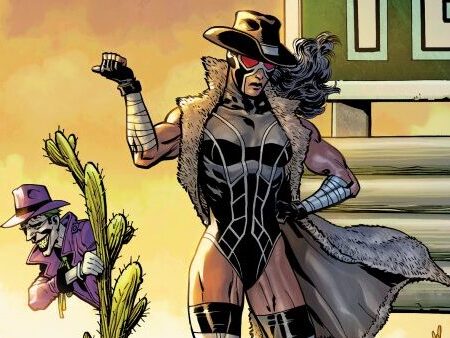 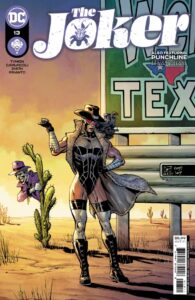 The Joker has spent the last year being less of a Joker book and more of a Jim Gordon book. Sure, the clown prince of crime has lurked in the background in most of the issues. Even in this penultimate issue, he lurked in the background of a story largely about the Sampsons. Though, for the first time, this issue and its backstory felt like it was about the titular character.

The opening pages of The Joker #13 are some of the most disturbing scenes I’ve seen in any medium. Titling the chapter Strange Appetites doesn’t even begin to describe what we see in the panels—a fancy dinner made of human parts. Eyeballs, fingers, hands, feet, and OH MY GOD IT DOESN’T STOP.

I suppose it eventually does, but those pages may be the most memorable pages of a DC Comics book since Scott Snyder’s and Greg Capullo’s work on Batman #5 in their run. Aside from a brief interlude where the Joker taunts the cook, the first act of this book is largely the patriarch Sampson bad guy monologuing. That is until Vengeance shows up.

My favorite part of this is that the Sampsons just don’t know how bad it is with Vengeance there. They think they can take her and make her part of their dinner course that night. Of course, this is simply not the case and Vengeance does nearly achieve her goal of killing the clown prince of crime. That is until Jim Gordon and Bane stop her.

James Tynion has really turned it up on the back end of this book. The first 6-7 issues were a bit of a rollercoaster, however, since The Joker #8, it’s been stellar. Even the flashback issues, which failed for me in the first half of the series, work well. In this issue specifically, he really uses Gordon’s inner monologue to effect while painting a very horrific picture (though part of the credit is due to Giuseppe Camuncoli and Arif Prianto too, more on them in a second). If this penultimate issue is any indication, Tynion is going to finish The Joker strong.

It’s no secret I wasn’t a big fan of Guillem March on this book. He had his moments but for me, it just didn’t gel. Since Camuncoli came on board though, I’ve loved 99% of the art in this series! That said, it was in The Joker #13 that there was something off about certain angles of his Joker. It almost felt rushed at times. But those opening panels? I legitimately felt sick during my first read-through. 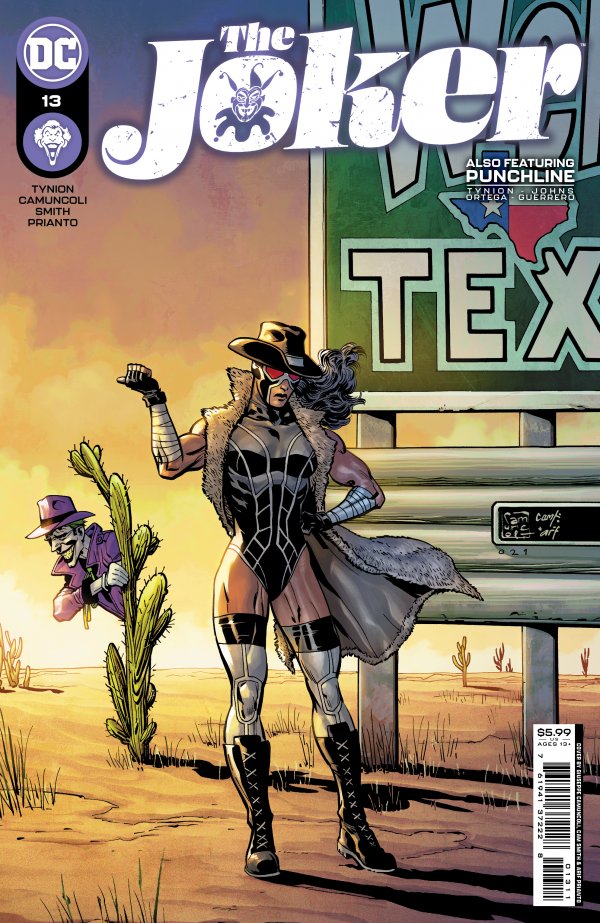 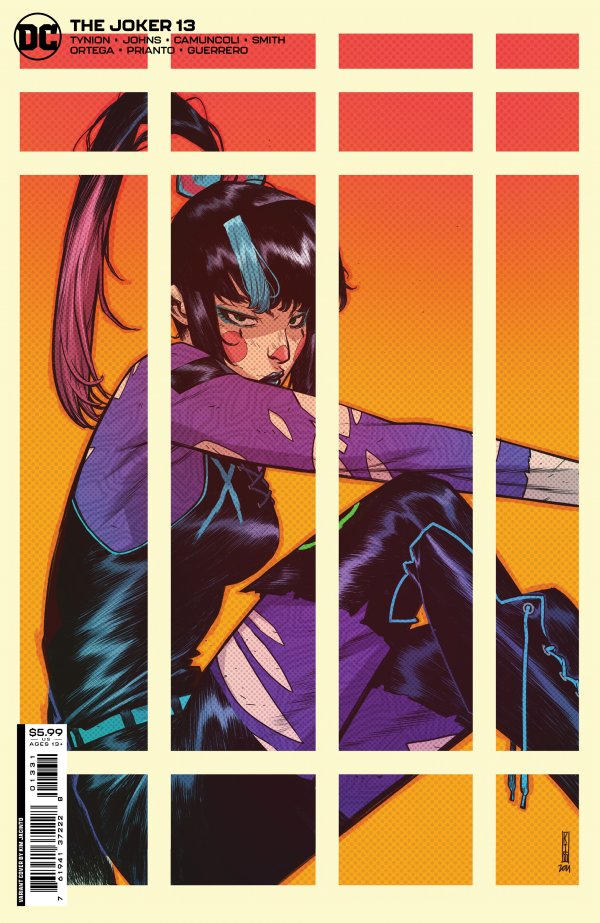 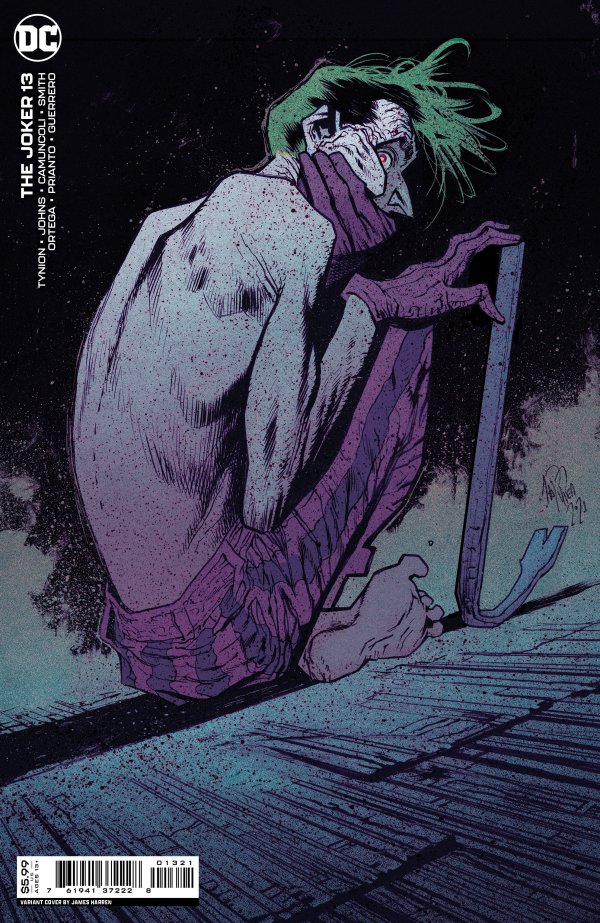 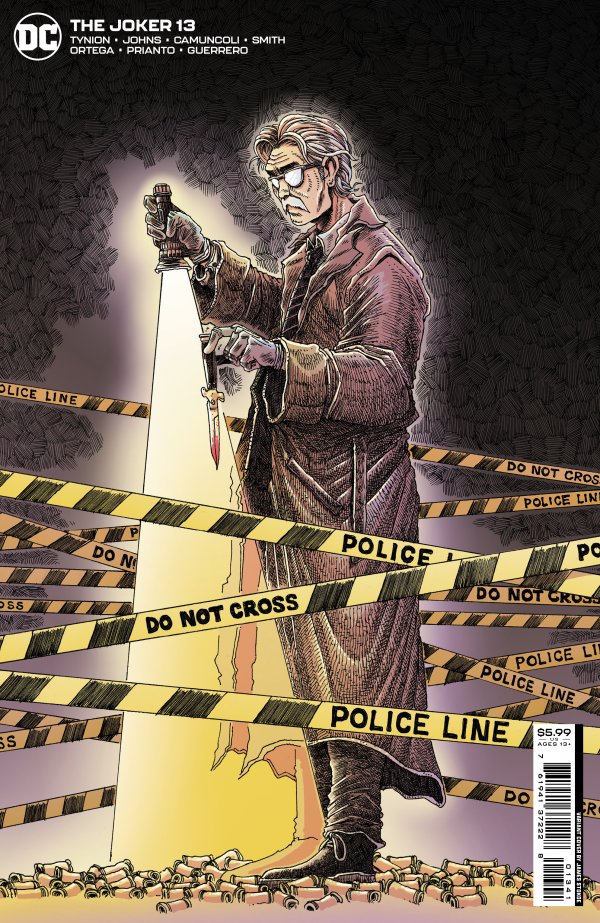 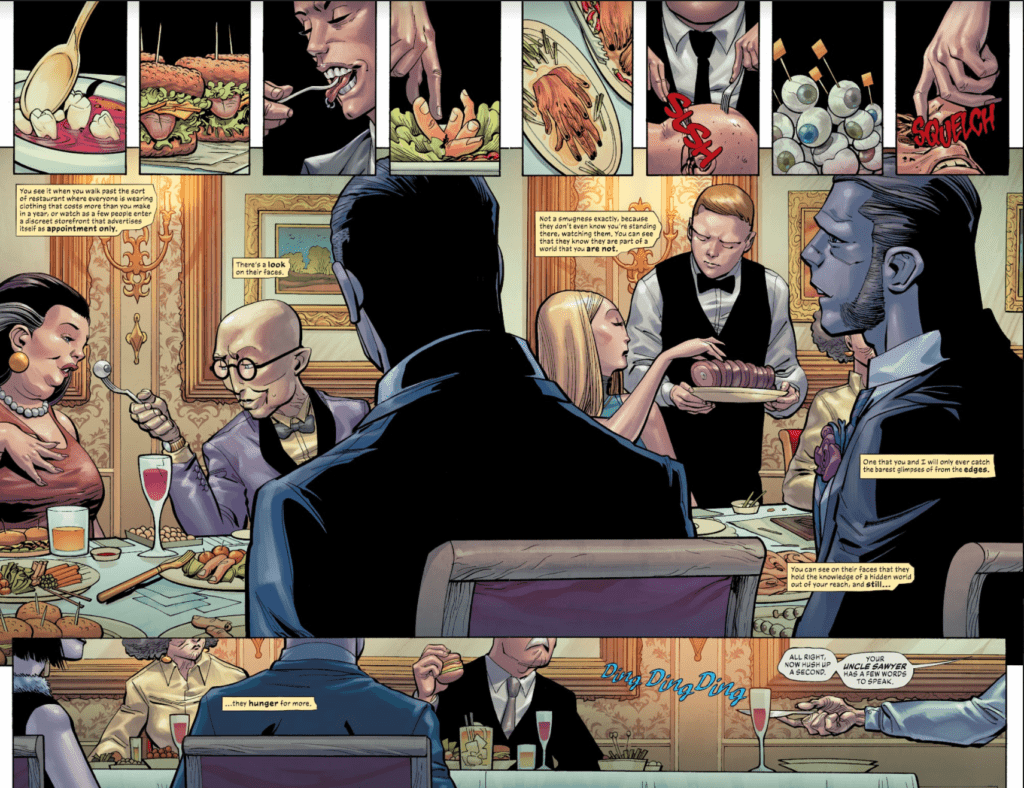 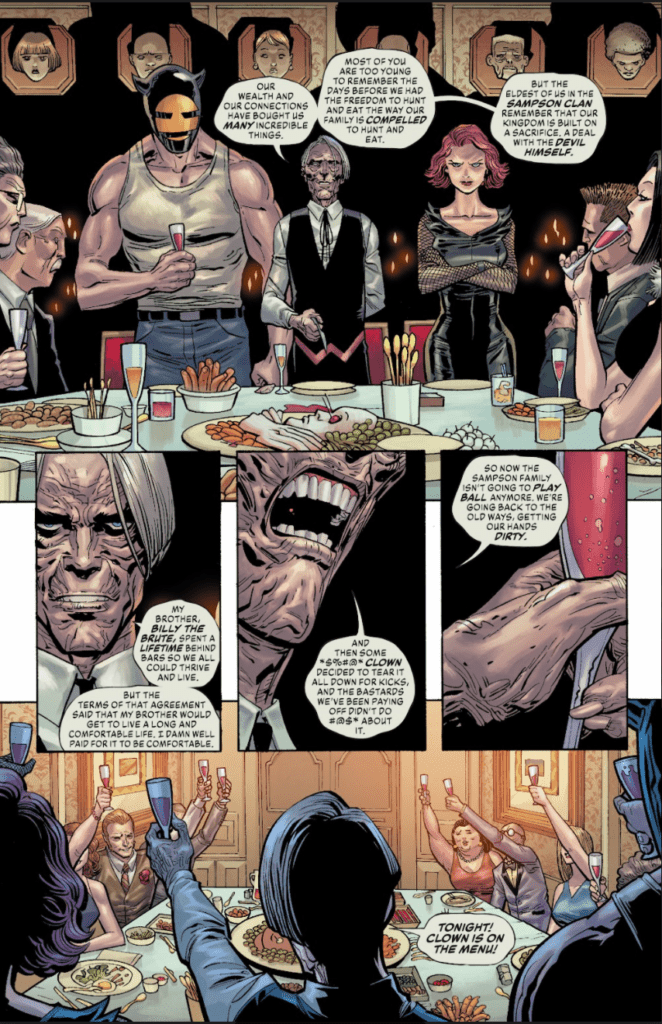 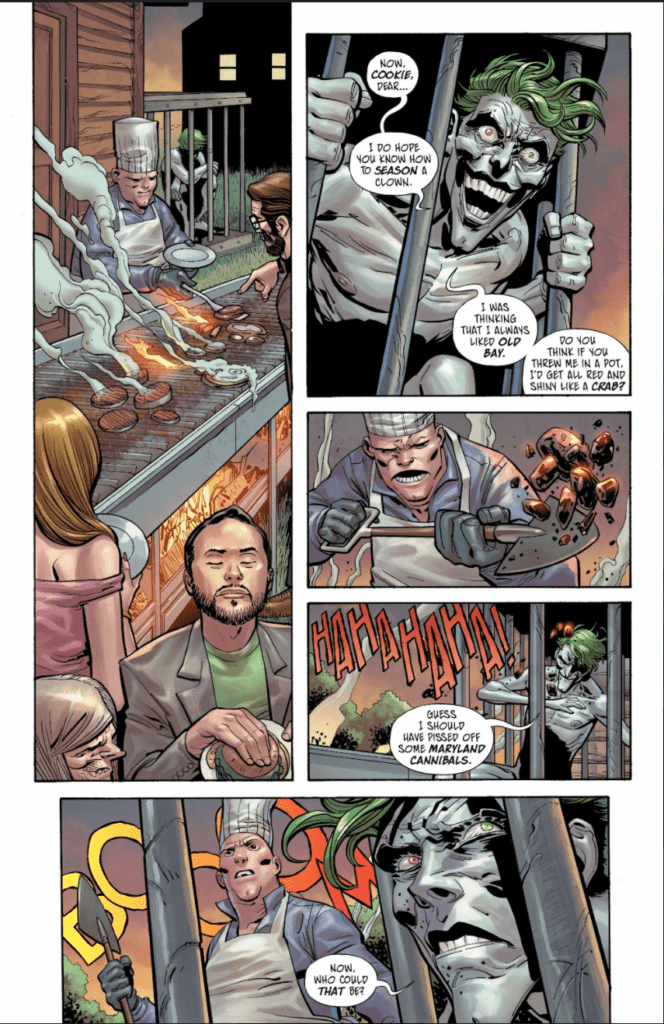 The Punchline backup has been an even bigger rollercoaster, with many more lows than highs. I’m not sure where the issue lays either—is there too much to say in the few pages it has to say it? Or not enough to say? When it started, Leslie Thompkins and Harper Row had this very Law & Order feeling going and it felt like that was the setup. Then it made a wild left turn and I lost interest pretty quickly. Sam Johns and Tynion have brought it back to that Law & Order feeling, so my interest is peaked; especially with the conclusion around the corner. Punchline Chapter Twelve pulls a big surprise at the end of it, despite the storylines converging and Cullen Row, Harper’s brother, not following through with the Royal Flush Gang’s request.

All in all, The Joker #13 is an excellent penultimate issue. It answers questions while leaving just enough for the conclusion to this story Tynion started a year ago. Its focus on the Sampson family is this issue’s, and the series, strongest asset in this writer’s opinion.