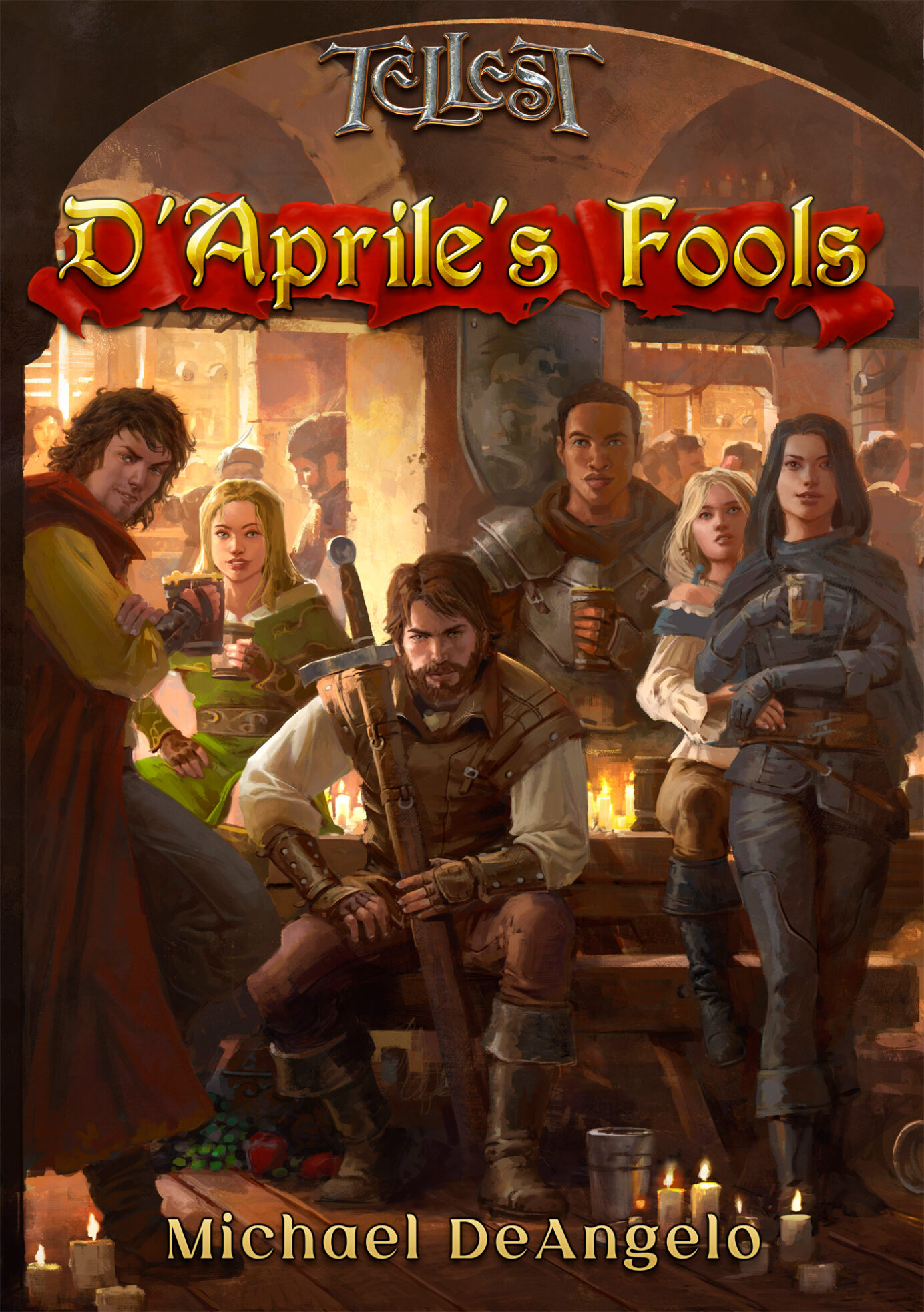 It’s rare that I get to feature something in the fantasy realm—that’s usually left for Mike to do. This leads to the full disclosure that the following promo is for a novel written by the founder/owner of That’s Entertainment, Michael DeAngelo. That said, as the managing editor of That’s Entertainment, I am writing this as we would any other promo on this site. And to be able to feature this unique novel from the world of Tellest is a true treat. Mike is doing some truly unique things with the world he’s created—from tried and true fantasy to having fun on April 1st, to wonderfully personal Holiday stories, Tellest is a brand that you should be checking out now. However, we’re here to take a closer look at D’Aprile’s Fools. 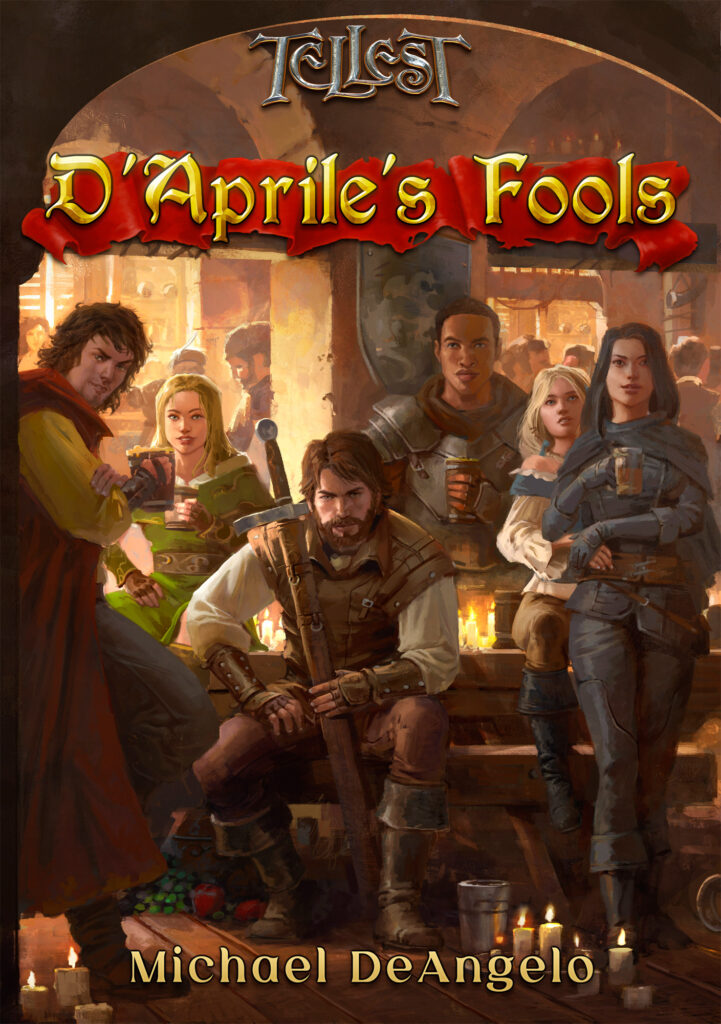 When all the heroes have been taken, fools will have to do.

Frederic D’Aprile is a warrior on a mission to right the wrongs of his country. When he finds himself outnumbered by the Ebon Hammer, he knows he needs help from unlikely places.

He isn’t expecting the mad wizard, Bixby Alladocious, to live up to his name.

Together, warrior and wizard set out on a quest to bring together new heroes battling with self-doubt and fears in a world that doesn’t take kindly to people with strange blessings like the Strain. But, united, they believe they can finally stand up to the tyranny taking hold in the nation of Blacklehn.

From April Fools to D’Aprile’s Fools

What I really love about DeAngelo’s latest novel is the origin of the idea. What started as an April Fools joke several years ago has blossomed into a legitimate novel with a cast of colorful characters. Bixby Alladocious started out as an April Fools joke that grew into a concept the author decided to flesh out over the course of a few short stories. From there, Bixby helped inspire D’Aprile’s Fools and its other peculiar characters.

While Frederic D’Aprile doesn’t have any powers, he knows how to work with powered individuals and, more importantly, how to make the best out of their skills. Joining Frederic and Bixby are those aforementioned colorful characters:

Those are some interesting powers… not as impressive as some other heroes of Tellest, but if anyone can make them work, D’Aprile can. How? You must read to find out! D’Aprile’s Fools is now available on Amazon, check it out today!

Please note, as an Amazon Associate, I earn from qualifying purchases.