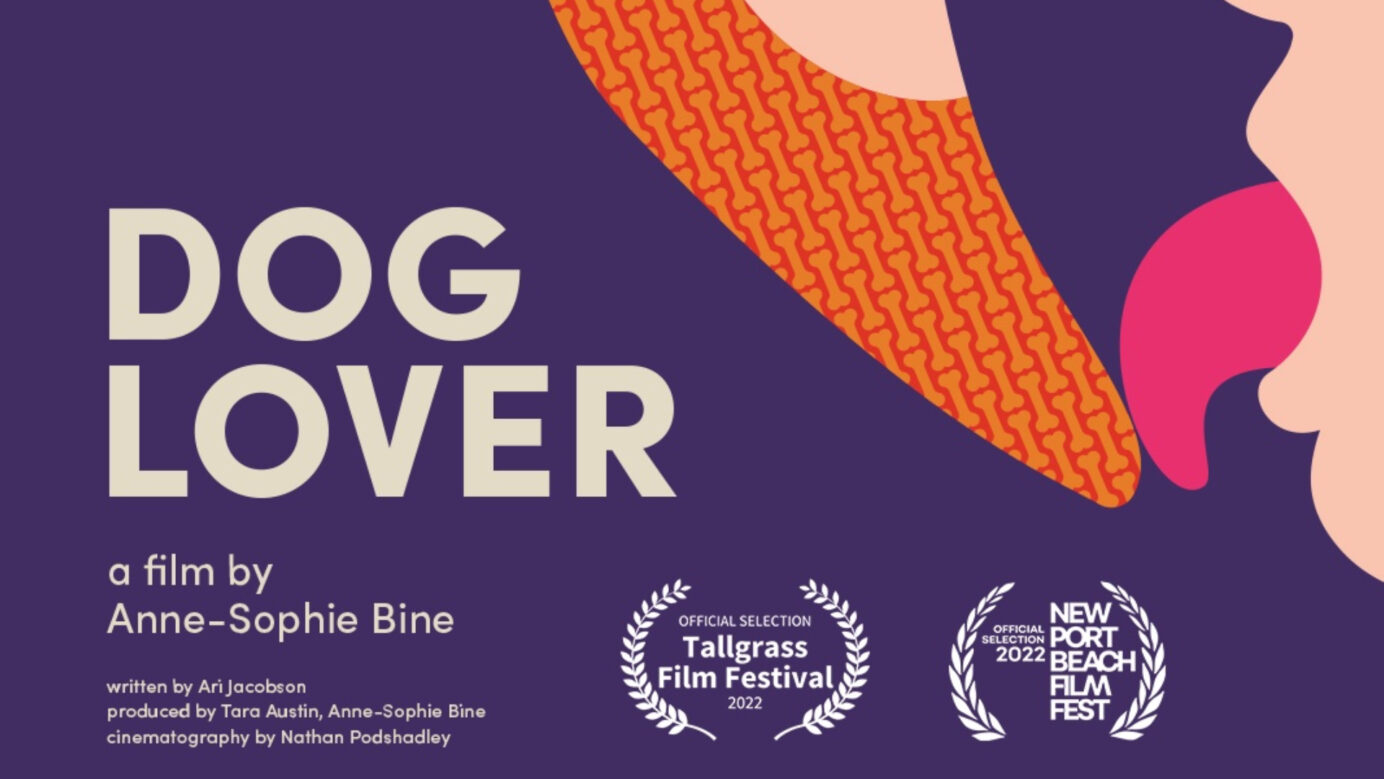 The dark comedy Dog Lover, directed by Anne-Sophie Bine, is currently screening at film festivals. It is about a man who learns that the only way to win his wife’s affection is by becoming her dog. The film will hold its Los Angeles Premiere at the Downtown LA Film Festival (DTLA) tomorrow (September 17, 2022), at 11:20 a.m. at 1000 West Olympic Blvd. Los Angeles, CA 90015. This will follow the September 3rd World Premiere at The Broad Humor Film Festival, which focuses on comedy films by women.

In Dog Lover, a disheartened husband loses all hope of ever regaining his wife’s love until he unintentionally discovers the one ridiculous desire that will make her happy. He must choose whether to transform into her dog or take the chance of always being by himself.

Our core creative team hails from the U.S., France, Venezuela, and China. We met as fellows at the American Film Institute and first collaborated on this project as a school exercise. A year later, our deep belief in the potential of this story led us to re-make it so we could show it to the world. The result of our second collaboration is the short film, Dog Lover.Anne-Sophie Bine, Director

The American Film Institute’s 2022 fellow Anne-Sophie Bine made her debut film as a filmmaker there with Dog Lover. She received a BA in Comparative Literature, Art History, and Creative Writing from Stanford University in 2018 and holds an MA in Philosophy from the Sorbonne in Paris. In addition to The Lord of the Rings: The Rings of Power, which is currently available on Amazon Prime, she has collaborated with Oscar-winning production designer Rick Heinrichs on major motion picture productions in London, Los Angeles, and New Zealand. She is of French and Polish descent, knows five languages, and adores her dog, “Leos,” which she named after one of her favorite filmmakers, Leos Carax.

For tickets to the Los Angeles Premiere of “Dog Lover” at DTLA, visit https://dtlaff.com.