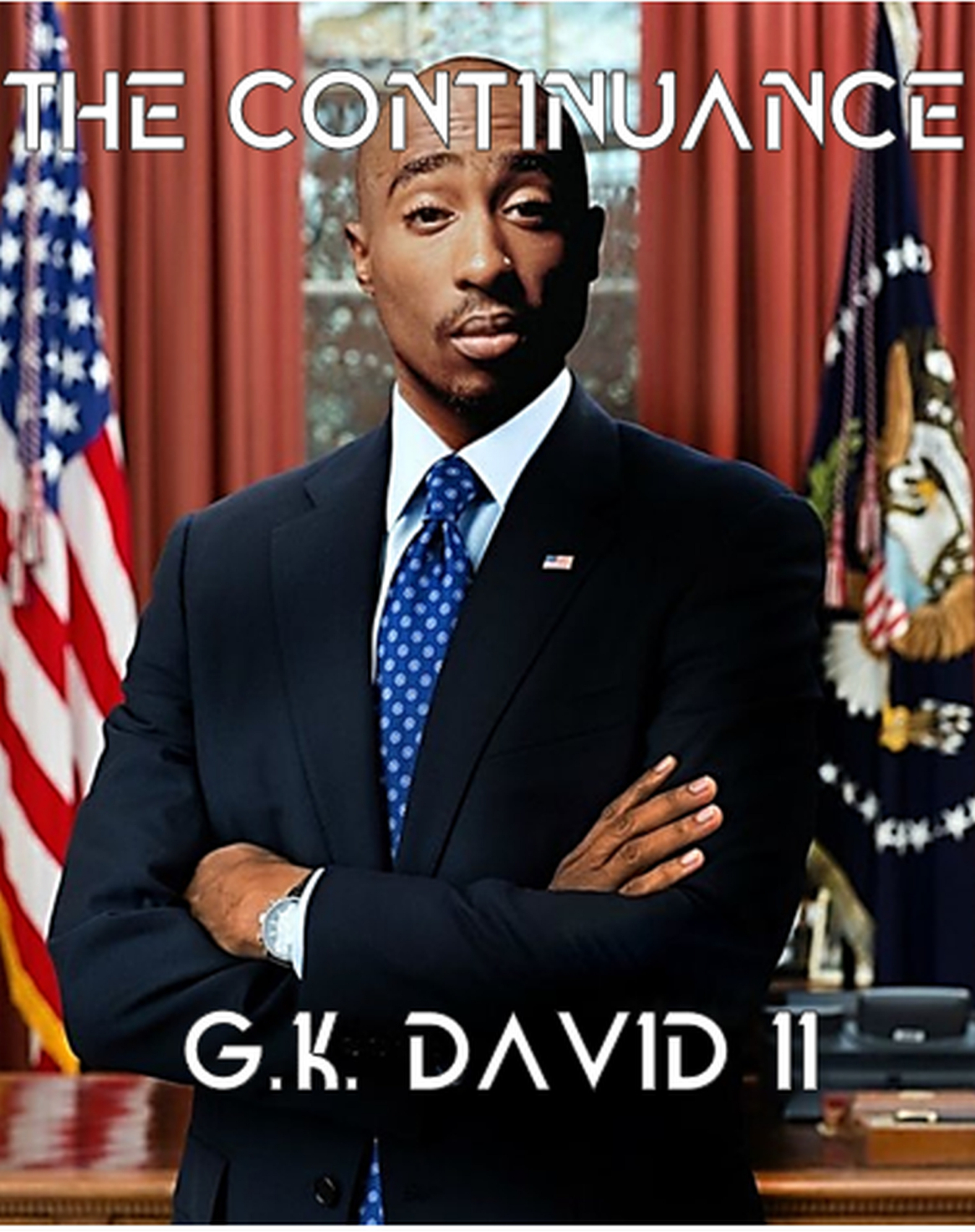 One of my favorite topics to talk about is “What If…?” (not the MCU animated series, but the same concept). “What if we cast Friends today?” “What Avengers would you cast in Three Men and a Baby?” Silly stuff that’s just a lot of hypothetical nonsense, but generates fun conversation. Fact: isn’t that what most storytelling is anyway? As writers, we take our subject on a journey. That journey is answering many “what if…” questions. And in today’s promo, G.K. David II takes a big “What if…” swing with his latest book, The Continuance. 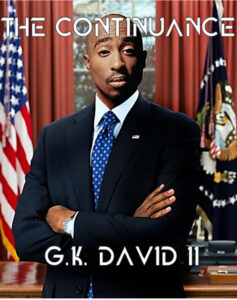 Imagine controversial rapper/actor Tupac Shakur surviving his second shooting in Las Vegas in 1996 and marrying a Grammy-award-winning R&B singer whom Almighty God also slated to die at a young age, but kept alive longer than planned.

It’s been nearly 26 years since the death of Tupac Shakur and while he’s been gone longer than he was alive at this point, he is far from forgotten. The Hip-Hop and Rock and Roll Hall of Famer legacy lives on to this day—then California Senator and current Vice President Kamala Harris called Shakur the “best rapper” and just a few months ago, an unpublished booklet of his poetry was auctioned off for over $300k.

In G.K. David II’s The Continuance, Shakur goes through hoops and hurdles in the 20+ years since that Las Vegas shooting; eventually becoming the President of the United States of America. Having become President isn’t Tupac’s last mission, he’s got one last thing to do before leaving the material plain—passing on his experience to another young rapper going through his own struggle.

If you’re a fan of Tupac Shakur, you need to pick up The Continuance to read what could have been. Available now on Amazon and Smash Words.