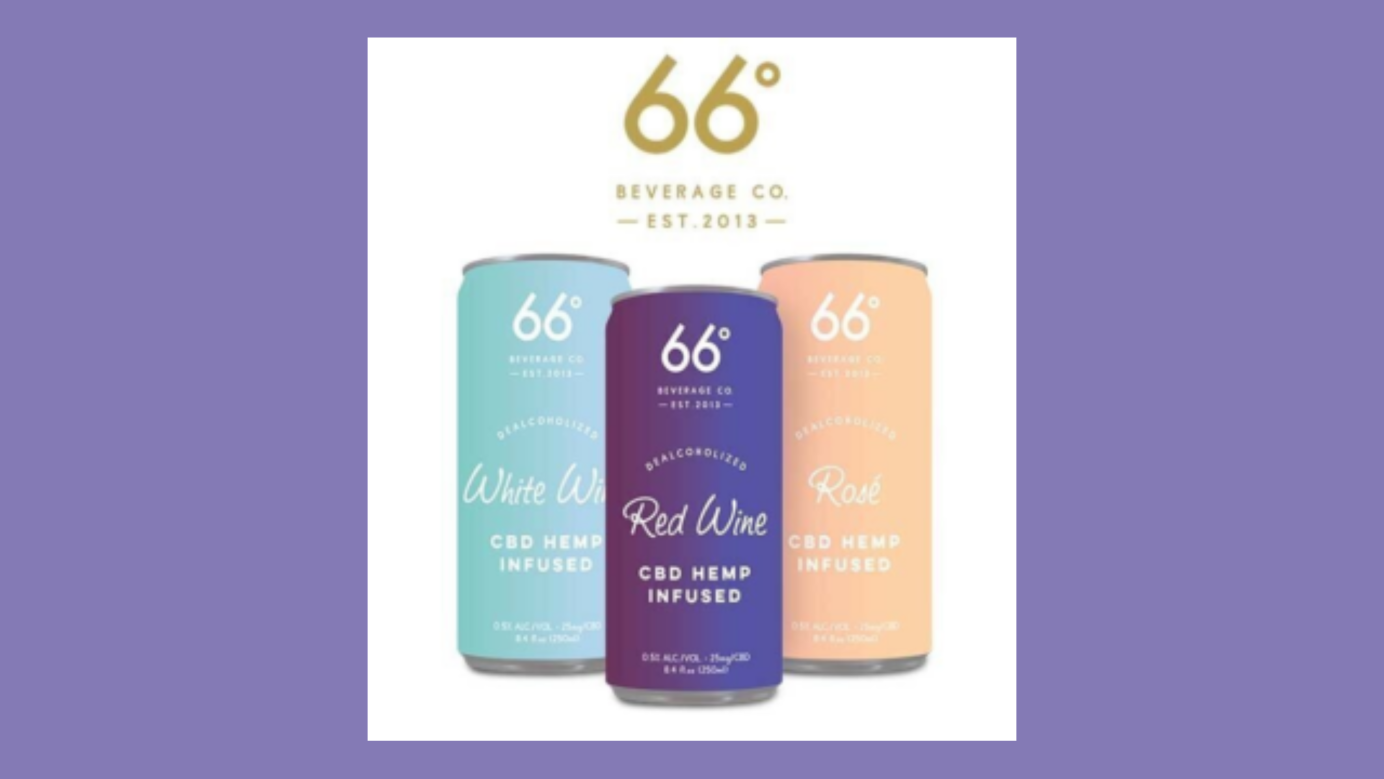 A few weeks ago, we dropped an article about a new kind of wine. Since that article, we’ve had the pleasure to sit down and them! So, how are these dealcoholized CBD-infused wines from 66° Beverage Co.? Let’s crack ’em open and dive in!

66° Beverage Co.’s Dealcoholized CBD-infused Wine—Is it worth it?

FULL DISCLOSURE: We were sent a free sample of their Red, Rosé, and White wine.

If you’ve been following me and my exploits over the years (for some of you, that may be for 15+ years), then you know I like to indulge in a drink every now and then. Heck, my first podcast in 2007 was called Happy Hour with Steel Tip. That said, I’ve never been a big wine guy. I’ve always leaned towards beer and liquor. I’ve always found the taste of wine to be off to me. As I get older, I keep threatening to become a wine drinker—it feels like the adult thing to do, no?

I’ve averaged about one of these 66° Beverage Co. samples a week and the good news is that if you like wine, you’ll love these. They taste exactly like wine. And at the end of the day, that’s the most important thing with these drinks. You may be asking: “But Kev, how does each flavor taste?” And reader, I’m glad you asked:

Red: I happen to be drinking this one as I type this review. And it’s my second favorite of the bunch, though I wouldn’t actively purchase this flavor again. It’s nothing against 66° Beverage Co.—there hasn’t been a Red Wine I’ve come across that I’ve liked. Now, out of the bunch, this one may be my favorite Red.

White: That was the one I was drinking last week and folks, I’m glad I can’t remember it. Once again, I don’t think this is something on 66° Beverage Co., I just do not like White Wine. With Red, you’re getting some sweetness, but the White simply eliminates that.

Each flavor has a recommended serving size of one can, so I didn’t drink more than one at any given time. I can certainly say that I felt zero buzz after drinking them. And I don’t believe the CBD affected the taste of these wines, but a wine connoisseur may say differently. Now, I’m a pretty mellow person in general. It takes a lot to stress me out or make me anxious, so after drinking these, I can’t say if the CBD did anything for me (though I am feeling more focused at the moment—if CBD can help with focusing, then hey, it works!).

While I can’t necessarily vouch for the effectiveness of CBD (I do wonder if I had more than one can if results would have been different?), I am a big believer in its power for those that need it. While THC laws differ from state to state, CBD can be legally accessed in most states. Further, sometimes you want to mellow out without getting drunk or high. 66° Beverage Co.’s dealcoholized CBD-infused wine does just that.

I think 66° Beverage Co.’s dealcoholized CBD-infused wine is perfect for those that love wine but aren’t looking to get drunk. It’s a great drink to be able to have while you’re with friends and if you find yourself stressed at night, you can cap the night off with one of these to mellow out without getting high. For the right customer, this is a solid 10/10 product and I’d highly recommend you give it a try.

Just as I was about to hit “schedule” on this post, the CBD kicked in. This didn’t happen with the White or Rosé—but I shared the latter with my wife and the former took me a while to drink; the Red went down much quicker. With that said, I can now say with certainty the CBD works. On top of the suggested serving size, it does take 10-20 minutes to start feeling the effects of the CBD, which 66° Beverage Co. claims is quicker than other products (clocking in at 30 minutes). While I can’t speak for other products, this kicked in right around the 10 or 15-minute mark.