Greetings readers.  That’s Entertainment is going to begin offering up promo positions outside of the Fantasy, Science Fiction and Horror genres that Tellest primarily offers up to sponsors.  There are still other worlds to visit (and other versions of our own), and That’s Entertainment is going to be a hub that will bring readers there.  Today’s story is more of an action thriller with religious overtones.  Read on to learn more about The Chaplain.

Sunny Benaiah Joseph writes his story almost as if he’s choreographing it.  The author is deliberate in his descriptions, and The Chaplain: Resurrection, feels almost like a movie because of it.  It may be different than readers are expecting, but it keeps the energy electrified, and it moves the pace at a breakneck speed when it needs to.  The book follows the titular chaplain, and presents a great many of its details from his perspective.  In a few ways, it almost feels like a mystery as well, because the elements of the scenes and the observations are broken down to better itemize everything that transpires. 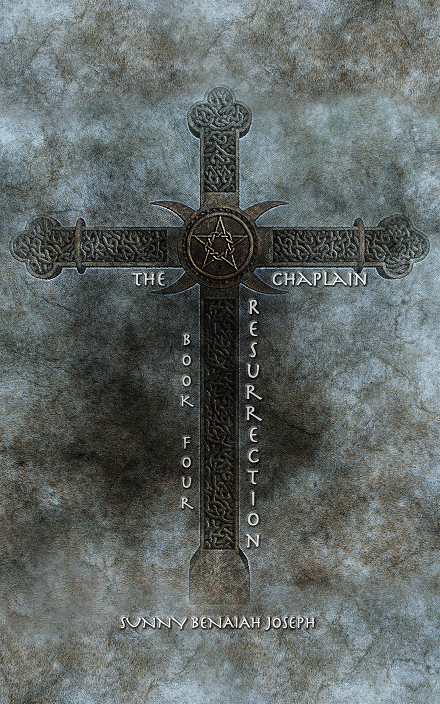 The Chaplain lives out his righteous life by fearing only God. As his faithfulness does not give him an easy life, he truly finds how surrendering to God is the only way he can have a future.

This book 4 of 7, is a resurrection story of a man that had always thought his life was over when he ran from his past. The story starts in Central Africa and grows into encapsulating the known world. As we get to know about him and his past, we watch an entire tapestry unfold that includes some of the most undesired and undeserving souls that have been so chosen by God alone.

The Chaplain series is a story of resurrection, redemption, and being exalted truly by God.

Almost like a frenetic chess match, The Chaplain sets its pieces into multiple places, and it all feels as meticulous as it feels feverishly paced.  Resurrection leads to Redemption, with a second book waiting in the wings.  Joseph is primed to deliver his stories to mixed media, and he’s already got tons of other work to his name, with more being released all the time.  If you’re looking for a stirring, high-octane story, this is the one for you.  Just be careful, as you’ll be flipping through the pages so quickly you may give yourself whiplash.  Check out The Chaplain: Resurrection on Amazon today!