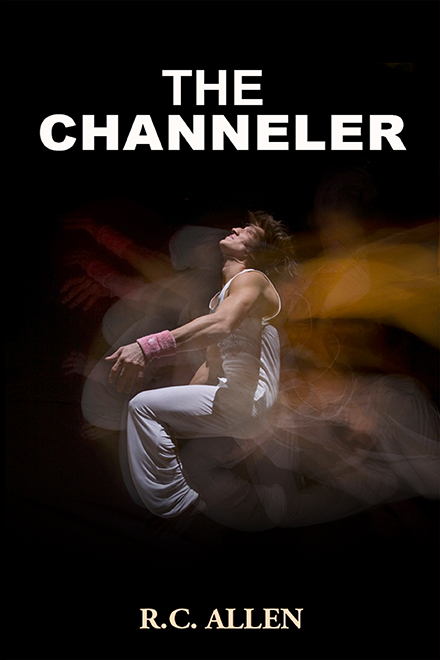 Greetings travelers, and welcome back to another journey through the Otherworld.  Today, we’re going to be looking at something that’s quirky and strange in subtle ways, but entertaining throughout.  Read on to learn more about The Channeler.

Author R.C. Allen is no stranger to the carefully crafted word.  His first book released a decade ago, and he’s only refined his talents and his prose since then, delivering a book with a strong foundation and an enjoyable and captivating instability that will leave readers wanting more.  In The Channeler, Allen unleashes an interesting character, and an expanding ensemble, we’ll say, that surrounds them.  Right from the first page, there’s just enough on the surface that readers will be compelled to want to learn more, and as things begin to unravel, it’s like whatever thread the story is pulling is also pulling them.  And it will continue to pull, straight through to the end.

“The Channeler” is the story of a man with a peculiar affliction. Occasionally, with very little warning, he is possessed by benign spirits. At times scary, others somewhat humorous, they’re always a heavy burden for Max. While he spends his life trying to slowly take control and block the episodes, life happens as he grows up, marries, and even has children, while his family and those close to him shelter him as best they can from the fallout. When he reluctantly agrees to take his family on a vacation, however, his life descends into terror as the entire family is kidnapped and forced to live in a remote village totally cut off from the outside world, ruled by a demon masquerading as a cult leader. It is there that Max will finally find out whether channeling is a gift, curse, or a necessity.

A touch urban fantasy, a dash paranormal mystery, and an exciting personal adventure to its core, The Channeler is something that ought not be missed.  Allen has a penchant for making his stories feel real, and his world lived-in, as though the events therein did indeed occur.  That is, perhaps, why it is so interested to follow along with Max as he begins to learn more about his strange abilities, and what to do with his knowledge of them.  It’ll be a brisk adventure, as Allen’s pacing and cadence are even and catching, but by the end of the story, readers will no doubt want to keep up with the character, and with the author.  For now though, check out The Channeler by R.C. Allen on Amazon today!

The post Urban Fantasy Promo – The Channeler was originally posted on Tellest.com.  Please note, as an Amazon associate, I earn from qualifying purchases.