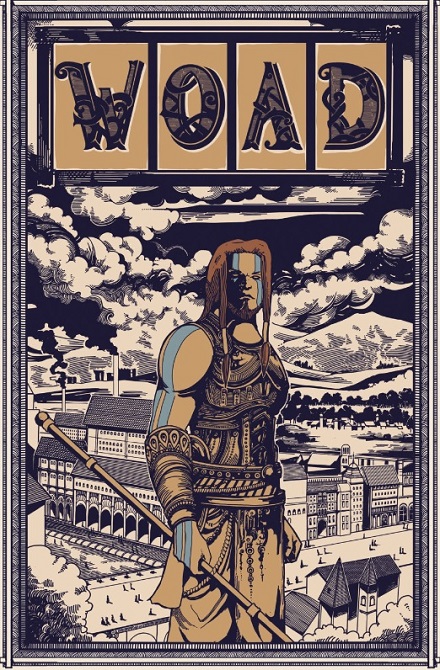 Greetings Otherworld travelers, and welcome to our first stop in our busy week.  As we approach the holidays, it’s even more important to find wonderful gifts for the bookish and nerdy amongst friends and family, or to treat oneself.  Today’s story, WOAD would make a lovely gift, as it is filled with magic and myth.  Read on to learn more about it!

When it comes to historical fantasy about old-world myths and legends, there is perhaps no person better suited for the task than author James K. Isaac.  He takes the work to heart in the release of his first feature-length novel, WOAD, which casts light on specific point of times in our world’s history, and sprinkles magic and fairy dust upon them.  Isaac’s love of history assures that what should feel real, rich, and lively does, while his passion for fantasy elevates it to something more.  In a story that crosses timelines, it may seem a challenge to zigzag back and forth, but Isaac makes easy work of it, demonstrating a care for the narrative that energizes it and keeps readers enthusiastic wherever they are in history. 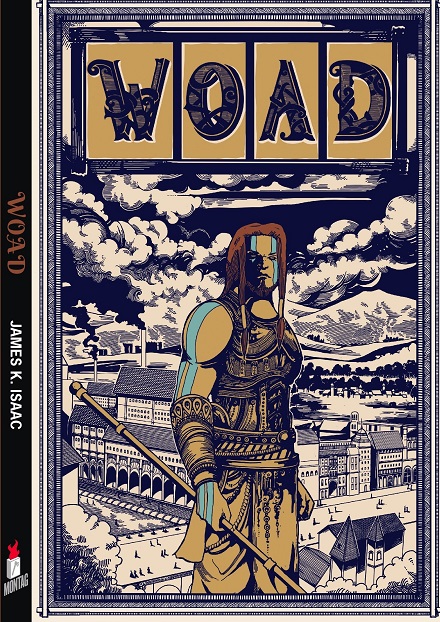 Fog-shrouded Albion, the last land of myth and magic, is crushed under conquering Roman legions. Woad-painted tribesman, Artos, curses the gods for failing to lead the fightback. Only he can rise to the mantle of God of Revenge and lead the tribes and faerie folk to reclaim their druid-blessed isle. But corruption infests the old-world myths. Cerridwen, the Crone of Fate, commands her boggart followers to tinker at the edges of destiny. Her plans will stretch over nearly two millennia.

In another age, on the banks of the river Thames, rises London, the ravenous stomach of the British Empire. Here, the fading gods of Albion scheme to play their final hand in the one remaining borough where humans and faerie folk live together, the Marsh Worm Mile. Populated by motley street gangs, colorful, pungent markets, and secret curses, the Mile holds the key to deciding the fate of a near-forgotten pagan world.

Double-Dared Sol is the luckiest man in the city. With Shammy and Victor, he runs with the infamous street gang, the Guinea Dreadfuls. The recently come-of-age trio is drawn into the final act of centuries-long machinations when a stranger returns to claim an ancient birthright. Lifelong friendships are tested as the frayed threads of fate slowly knot together.

To whom belongs the scared heart of old Albion? An upstart deity with a chip on his shoulder? The faerie folk, as living, breathing descendants of myth itself? Or is it time for the people of London to finally let go of the superstitions which taunt and twist their thoughts and dreams?

WOAD never tarries on longer than it needs to, ensuring readers that they’ll move forward at a brisk pace.  Amongst prophesy and mystery, riddles and reveals, Isaac’s work is quick to get its hooks in, and difficult to be rid of.  Readers will be eager to discover the next way that Artos integrates into the story, and just how much magic affects the world around, from the times of the faerie folk, to a more modern Europe.  In the end, Isaac delivers a story that is wonderfully self-contained, telling the story in full that it must, before closing with stunning presence.  If this is a preview of what is to come from the talented author, it is worthy of a spot on your shelf, especially if you’re a fan of historical fantasy.  Check out WOAD by James K. Isaac on Amazon today!

The post Historical Fantasy Promo – WOAD was originally posted on Tellest.com.  Please note, as an Amazon associate, I earn from qualifying purchases.