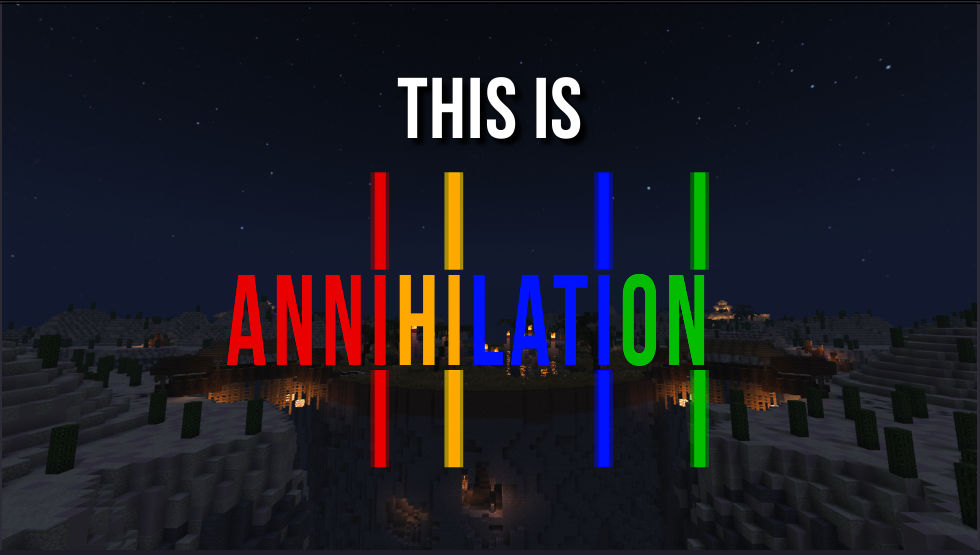 I wasn’t a sports kid growing up—I watched the Phillies, the Eagles, and wrestling. And that was it—I didn’t play sports, other than pick up games here and there, and wasn’t super active until my mid-teens when I got into wrestling beyond watching it. Now, I was an outdoor kid, but I had a fairly split time of exploring the outdoors with friends and sitting around playing video games with friends. There are so many memories I have of sitting with friends playing Mario Kart, Golden Eye, and so many others. While most of that was regulated to summers and/or weekends, once technology allowed it, we’d play games like Baldur’s Gate, Diablo, and World of Warcraft online with each other. While all those games have continued to come out with sequels or new iterations and are popular in their own right, Minecraft has taken the world by storm! How many YouTubers have gotten their start playing Minecraft? This leads to today’s game promo.

Disclaimer: Must own Minecraft Java Edition to play! If you don’t have it, you can’t play

A unique epic team-based battleground mode that pits 4 teams against each other. Destroy other team’s nexus’ while defending your own, work together and play as many unique classes. Annihilate or be annihilated!

Annihilation is a team-based PvP game mode with four teams: Red, Blue, Yellow, and Green. The goal of your team is to eliminate the nexuses of the other three teams while defending your own. Each team has a quadrant on the map where they can assemble supplies, construct defenses, and do other things. When your team is the last to have a nexus, you win. The game is split into five phases, each lasting 10 minutes.

The Nexus is the game’s most significant block. Each Nexus only has 75 hit points when it first starts, and each time one HP is removed during mining. When mined, it emits a loud anvil sound at the base or, if you are not close enough, a light note block sound, alerting the team that their nexus is being attacked.

A team’s members will no longer respawn when their Nexus is destroyed. The surviving team members can continue to attack and take out your nexus because they will play the game until they die.

Minecraft is a game that I only started to grasp the fun of a few years ago when my oldest kid started to play. Even then, the few times we play, it’s just the standard Xbox One (for all or whatever cross communicates with the PC version) version of the game. And we’re just building houses and such—I’ve never really did a deep dive into the world of Minecraft as I have with other games. Even when I sit down with my kids and they’re watching Preston and/or Brianna play Minecraft, I never really saw the appeal (though, that may be because it feels like an act vs. actual fun time game playing). But, watching Shotbow Network‘s trailer for Annihilation above, I can see just how diverse and fun Minecraft can be.

Annihilation is just one of several games the network has on their site for Minecraft. You can play using the IP PLAY.SHOTBOW.NET and find more information on their official website. Get more involved by joining their Discord community, following them on Twitter and Instagram, or giving them a like on Facebook. If you follow them on Twitter, be sure to check out the giveaway they have going on and win yourself a GOLD RANK!